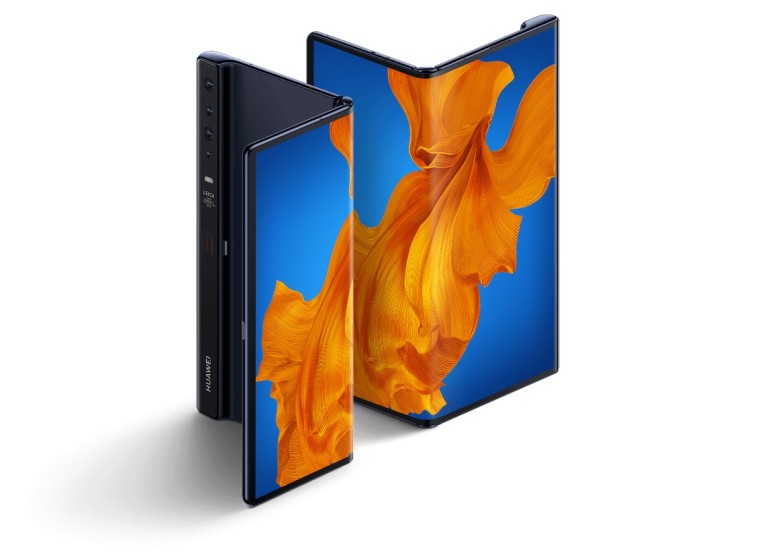 Huawei announced its second foldable device today and the successor to the Mate X from last year, the Mate XS. From a design standpoint, the Mate XS looks similar to the Mate X but Huawei has made some important changes to further improve the reliability of the device.

When opened, the Mate XS features an 8-inch display, while when folded, the front has a 6.6-inch display. The foldable FullView display now has a quad-layer construction to improve its reliability. This includes two layers of polyamide film sitting above the flexible display. Then, there is a soft polymer layer below the display and a final layer underneath it connecting the display to the main chassis. The design of the hinge has also improved which Huawei claims makes it smoother and more durable.

Internally, Huawei has updated the Mate XS with more powerful internals. The device comes with a 7nm Kirin 990 5G chipset which also powers the Mate 30 Pro. This is an octa-core chip running at 2.86GHz and packing a Mali-G76 MP16 GPU and a tri-core NPU. There is also 8GB RAM and 512GB of onboard storage. For cameras, Huawei has equipped the Mate XS with a SuperSensing quad-camera Leica system. This includes a primary 40MP shooter with an f/1.8 aperture and a 16MP f/2.2 ultra-wide angle lens. There is also an 8MP f/2.4 3x telephoto camera and a ToF sensor for depth detection.

Thanks to the foldable design of the device, one can use the same quad-camera system for taking selfies. Other specs include a 4500mAh battery with 55W SuperCharge technology that can charge the device to 85% in just 30 minutes, dual-SIM connectivity, Wi-Fi 6, Bluetooth 5.0, USB-C, NFC, and the usual array of sensors. Thanks to the addition of the Kirin 990 5G chipset, the Mate XS features 5G connectivity. It only supports sub-6GHz 5G networks though as Huawei has no plans to launch the device in the United States.

The Huawei Mate XS runs on Android 10 with EMUI 10.0.1 on top of it. However, it lacks access to Google's suite of apps and services and instead features HMS, Huawei's own solution. The company has updated its system apps to ensure that they take better advantage of the foldable display. The email app, for example, will automatically scale its UI depending on whether the display is folded or unfolded.