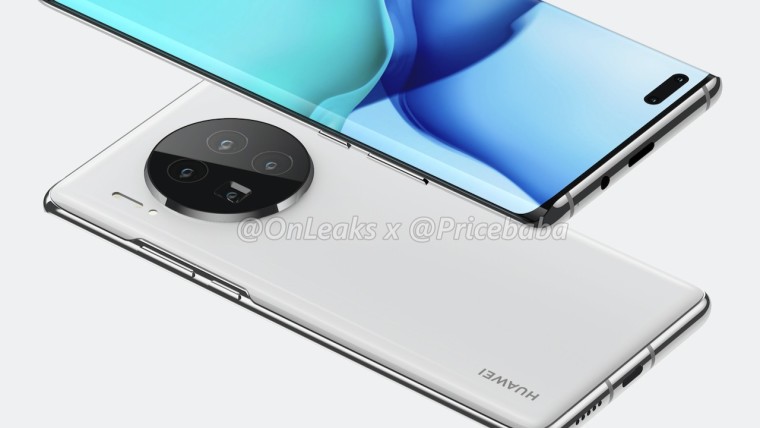 Despite the U.S. Entity ban and various restrictions from the U.S. government, Huawei's smartphone business has been growing rapidly thanks to a string of some impressive launches and the company's dominance in China. Huawei tends to unveil its new Mate flagship lineup in the second half of the year. This time around, the company is expected to announce its Mate 40 lineup of smartphones that have been leaked in some high resolution renders by @OnLeaks.

The phone is expected to be around 9mm thick, with the thickness jumping to 10.4mm around the camera hump. The camera specs of the Mate 40 Pro is not known, but the renders clearly show one periscope camera lens.

As for the Huawei Mate 40, the renders show the device as having a design that's very similar to the Mate 40 Pro albeit in a smaller size. Unlike the Pro variant, the regular Mate 40 is expected to feature a 6.4-inch curved display.

The Huawei Mate 40 series is expected to be announced in September or October. Detailed specs of both devices are not yet known and it will be interesting to see what components Huawei uses inside them as it cannot source chips from TSMC anymore due to the amended export rules of the U.S.