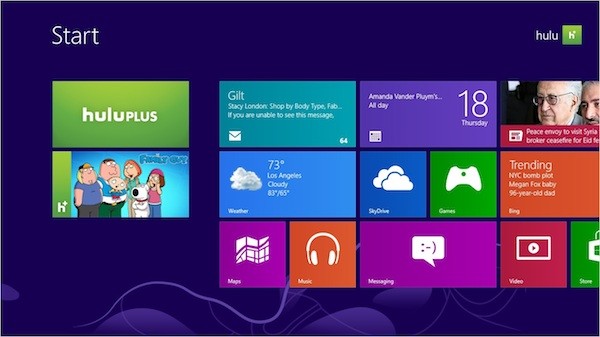 Hulu is already on Windows 8, but it has yet to appear on Windows Phone.

Hulu is currently available on Windows 8, but the service hasn't migrated onto it's smartphone brother, Windows Phone 8. Luckily for Hulu users, the app will be coming to Windows Phone in the "near future."

The video-streaming company has been getting a "lot of requests" for a Windows Phone application according to an email response the company gave a Reddit user, and have been working on it for "some time," meaning the experience should rival the apps on iOS and Android. The email stated, in part, "We get a lot of requests for this platform and we've been working on making it available for some time. In fact, the app should be released in the near future."

Users of Windows 8 and Windows RT have been able to download and use a Hulu app since the launch of those operating systems in late October.

Hulu currently has more than 3 million paid users as of Q4 2012, but it remains a U.S-only service. Netflix, Hulu's primary rival, has more than 23 million U.S. users and a Windows Phone app. A Hulu representative said that Hulu will update its devices page when the app is released.