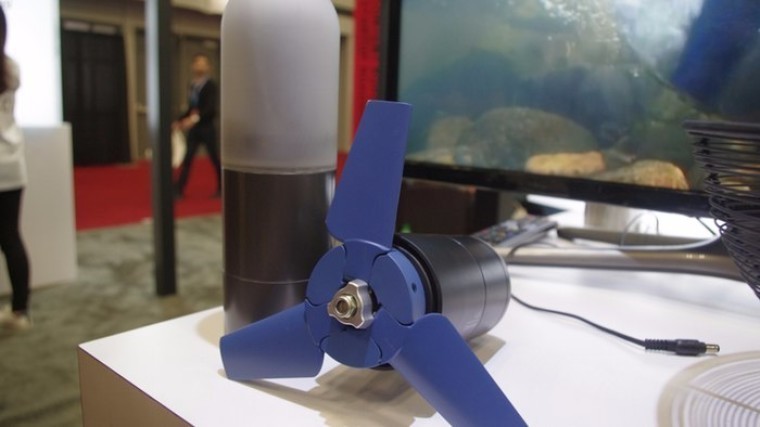 If you love camping but also want to stay connected to the modern world, then the Enomad charger might be for you.

The South Korean company Enomad is looking to release its hydroelectric battery charger on Kickstarter in early July. Announced at the still-running South by Southwest in Texas, the Enomad uses a propeller which can be placed in any flowing water source. Approximately the size of a thermos, its 5200 mAh capacity will take two hours in an average stream. The propellers can then be removed to reveal USB ports, which can completely charge the equivalent of two iPhone 6’s.

The concept was originally conceived during their installation of mobile charging stations powered by a river in the capital of Seoul. The company says the idea started as a way to help poverty-stricken areas where energy is hard to get. The product also has an in-built lantern.

The self-contained hydroelectric plant is expected to be sold for $180.