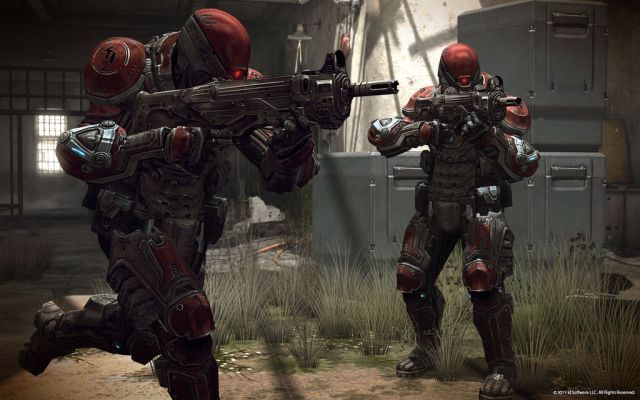 id Software's long awaited first person shooter Rage was released earlier this week for the PC as well as the Xbox 360 and PS3 consoles. But a number of PC gamers, as we reported earlier this week, have experienced a number of graphical problems when they try to run Rage. The game's publisher Bethesda Softworks have blamed these issues on problems with the drivers supplied by AMD and NVIDIA. In a new article on Kotaku, id Software' master programmer John Carmack has admitted in an email that, "The driver issues at launch have been a real cluster !@#$."

While id Software tested Rage in-house on both AMD and NVIDIA-based rigs before its release on Tuesday, Carmack said, "When launch day came around and the wrong driver got released, half of our PC customers got a product that basically didn't work. The fact that the working driver has incompatibilities with other titles doesn't help either. Issues with older / lower end /exotic setups are to be expected on a PC release, but we were not happy with the experience on what should be prime platforms."

id Software's Tim Willits is also quoted in the article as saying, "Everyone at id Software is very upset by these issues which are mostly out of our control. We are working with both AMD/ATI and NVIDIA to help them identify and fix the issues with their drivers. We've had assurances that these problems are being addressed and new drivers will be available soon." Indeed there is a new beta driver available to download from AMD that should help Rage PC owners.

In a separate Kotaku article, id says it will also add more options to change video and graphics features in the PC version of Rage in an upcoming update.