Facebook recently moved into new headquarters at a building formerly owned by HP in California, USA.

The team over at TechCrunch were lucky enough to get a glimpse of the new working environment. The new headquarters is located at Palo Alto, California. The company used to base its HQ across a collection of buildings which housed 1,000 employees. As Facebook has grown, the need for a campus has increased and all employees have now moved to the new base named "the bunker" by Facebook workers.

The HQ is 150,000 square feet and is a building that used to be owned by HP and used as a lab. The layout is much more open for employees, allowing them to see who they work with easily. Mark Zuckerberg, Facebook's founder and CEO, was recently interviewed by Robert Scoble where he described Facebook's "bunker" as "a lot of energy...really cool". According to Zuckerberg it's the first time Facebook have had the whole company together in one place for two and a half years. 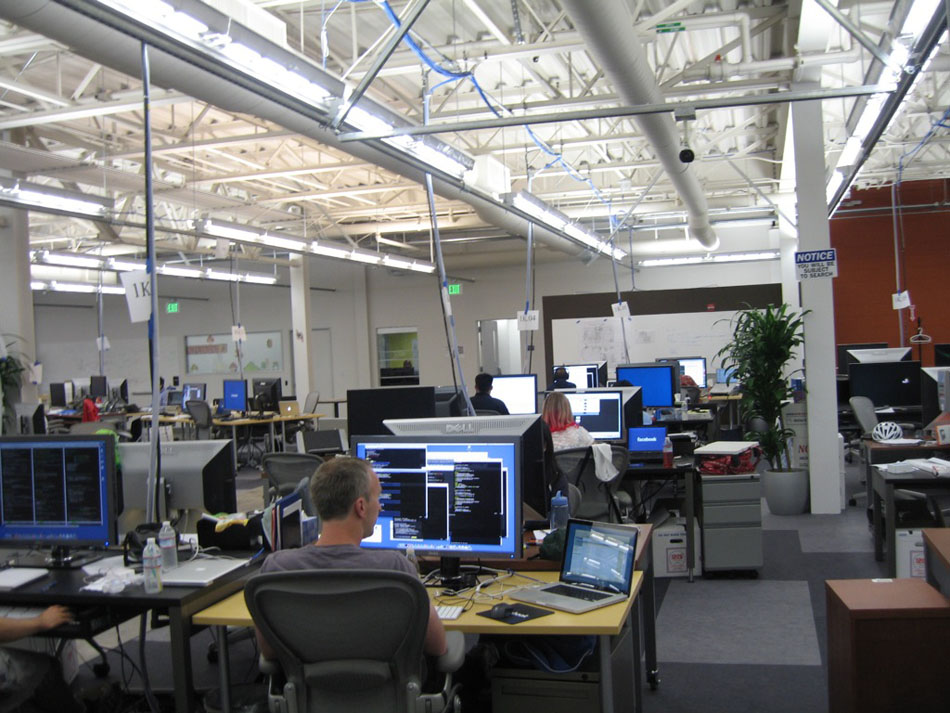