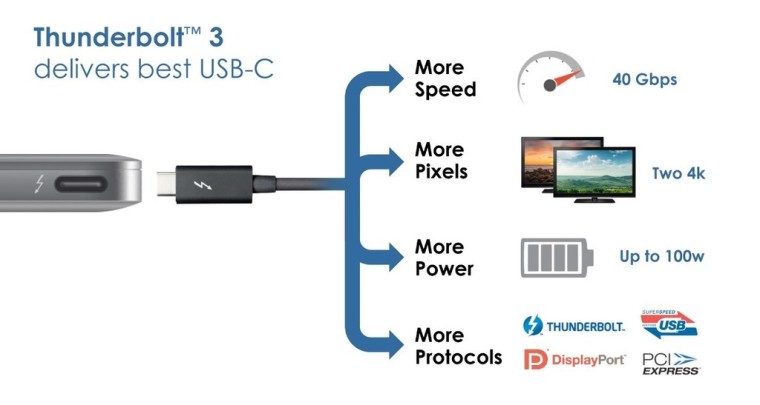 This week Intel announced Thunderbolt 3 which features double the bandwidth over Thunderbolt 2 and a new connector, specifically the reversible USB Type-C. As you can see from the image above, iteration 3 brings a lot to the table over the previous version.

The new abilities of Thunderbolt 3 bring quite a few fantasies to reality. A notebook with Thunderbolt 3 technology will allow users to plug in external graphic docks to power a higher quality GPU without the need for a special proprietary port. Additionally, Thunderbolt can effectively replace Ethernet cables and create small local networks to share storage, migrate PCs, and more. 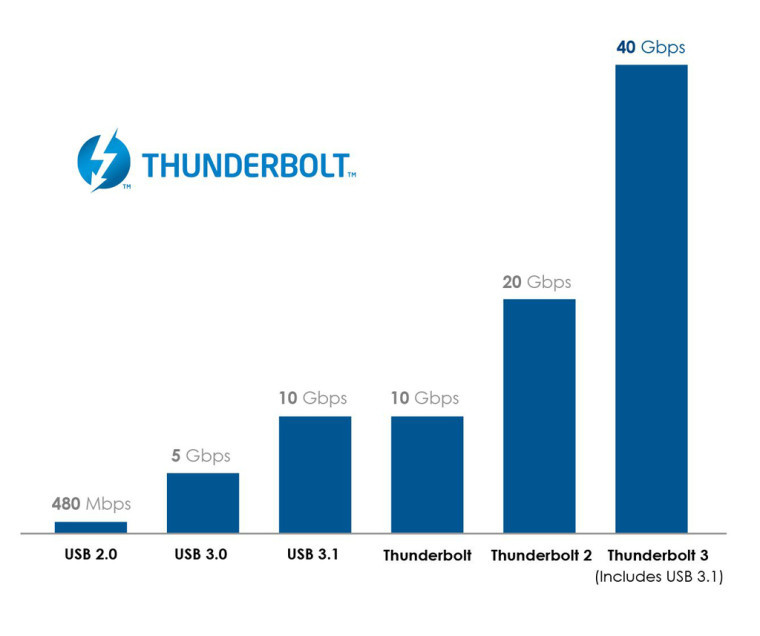 Some things have remained the same such as device daisy-chaining capacity which still allows for only 6 devices. Additionally, Thunderbolt 3 will be compatible with older Thunderbolt 1 and 2 devices via adapters, though it isn't currently clear what limitations there might be.

Intel is expecting to begin shipping devices with Thunderbolt 3 by the end of the year with product availability ramping up into the beginning of 2016. Thanks to cross compatibility with previous generations, USB 3.1, and Display Port 1.2 standards, Thunderbolt 3 has positioned itself as a great solution that Intel is betting (and hoping) people will be eager to adopt.

One port to rule them all? Maybe, just maybe.