Intel had quite a bit to show off during its keynote speech today at the Intel Developer Forum in San Francisco. The company showed off the first public look at a tiny new chip made for wearable computer products along with the first look at a notebook using the upcoming "Broadwell" architecture. 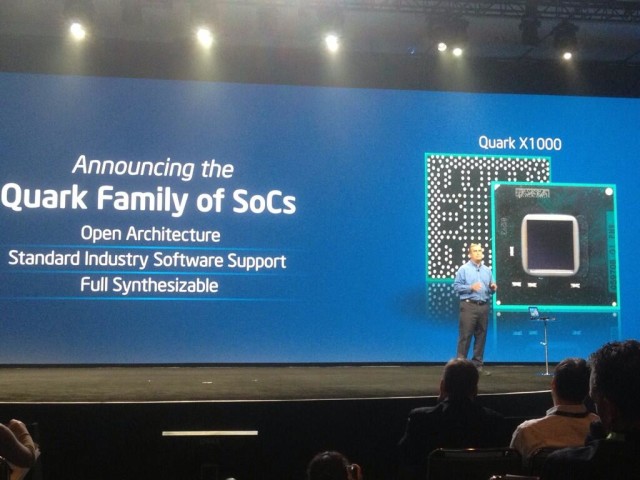 The small chip is called Quark and, according to an Intel press release, it's being made for low power hardware products, which might include things like smartwatches and glasses. Intel said it would begin sampling the Quark chip via form-factor reference boards in the fourth quarter of 2013. 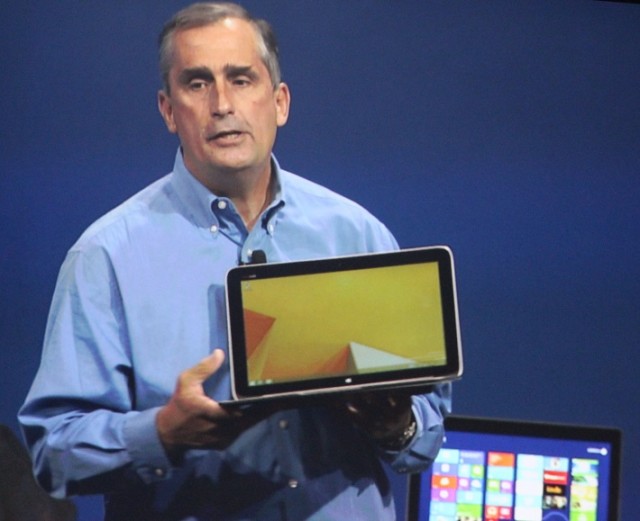 Intel CEO Brian Krzanich also showed off the first public look at an unannounced future Windows 8.1 notebook (which was made by HP) during the IDF keynote. It was the first look at a laptop that will use the company's 14nm-based "Broadwell" design. Krzanich said that the architecture will allow for notebooks, hybrids, and tablets to have better performance and longer battery life than current products. "Broadwell" is expected to enter full production by the end of 2013.

In the meantime, Intel's next Atom processor, code name "Bay Trail", will start appearing in tablets later this year. 2014 will bring the next version of the Atom chip, code named "Airmont", that will use the same 14nm manufacturing process as "Broadwell."