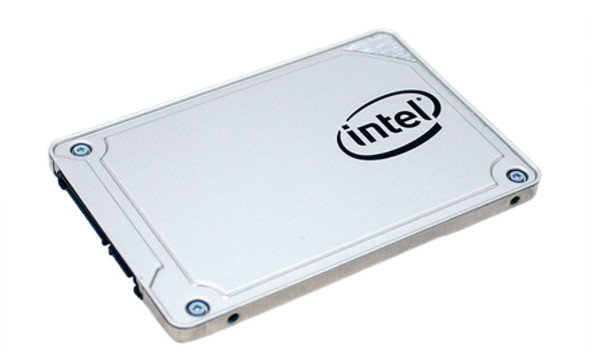 Intel has announced its latest generation of SATA based SSDs today. The Intel SSD 545s are a minor upgrade over its predecessor, the SSD 540s, which released last year. The SSD 540s contained SK Hynix's planar NAND flash as opposed to the newer, Intel developed 3D NAND flash used in the 545s. The SSD is available in only one size at the moment, with the 512GB model retailing for $179.99. The drive will carry a five year warranty.

The latest model uses Intel's 2nd generation 3D NAND technology, which is the first consumer drive on the market to do so with 64-layers. However, that does not necessarily translate into significantly higher read/write speeds as the interface is still SATA, an aging technology compared to NVMe that uses a much faster PCIe bus. According to AnandTech, the drive can achieve up to 550 MB/s and 500 MB/s of sequential read and write speed respectively.

In its review, AnandTech found that the drive performs relatively close to the popular Samsung 850 EVO. According to the site, multiple factors like its older interface and memory controller have contributed to the modest performance of the new SSD. While this might be a problem in a top-tier model, it isn't as much of an issue since Intel is aiming to offer this to a budget audience which will give them something for a good price with a reasonable amount of performance.

Intel's latest offering can be purchased in the US from Newegg which carries it for $179.99. Intel did not give details about the product's availability or pricing in other regions.