We wanted to learn more about the company, their views on Windows 8 and more and got in touch with InFocus for an email interview. Our questions were answered by Heidi Kayser, the Corporate Marketing Manager at InFocus

First, for those people who are not familiar with InFocus, can you give us a quick history of the company?

InFocus was founded in 1986 developing, manufacturing, and distributing projectors. In 2009 InFocus was sold to Image Holdings Corp. Image Holdings Corp took the company private and added to the product lines starting with the first to market all-in-one PC/Tablet hybrid with video conferencing and interactive whiteboarding capabilities - the Mondopad

How did the idea of creating a big touchscreen monitor that can handle PC applications come about?

The owner of Image Holdings Corp, John Hui, purchased InFocus for its brand and reach. John Hui knew video conferencing was a direction he wanted to go with the company and having inherited all of the interactive software from the interactive projector lines, a total solution seemed like the perfect idea. In order to handle all of the collaborative applications that a large touch screen device would need, and for ease of use, the idea came about to include a powerful PC rather than requiring a separate PC to be connected.

How hard is it to make a big touchscreen PC that can handle applications that are made to be used on much smaller screens?

It's not hard at all. The screen is 1080p, which is what the majority of PC applications on the market are prepared to work on. 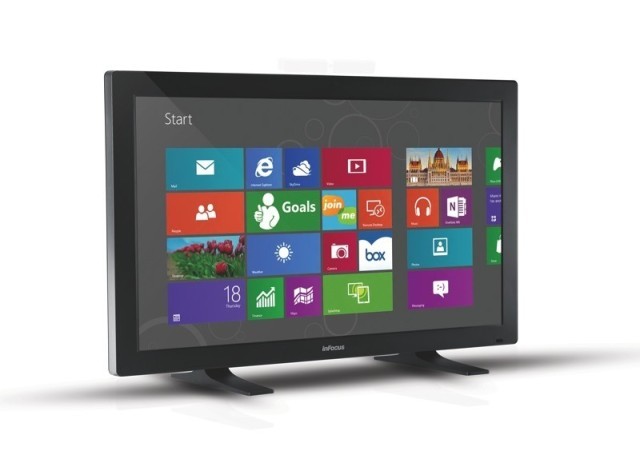 The company recently launched BigTouch, a 55 inch five point Windows 8 PC. Besides the size of the monitor, what makes this PC a good choice for businesses?

It's a blank slate. Our Mondopad solution is perfect for most businesses, but we understand that it's not perfect for all. A 55-inch five point Windows 8 PC is perfect when pairing with customers' own concept for ideal auxiliary devices (camera or sound system) and when working from applications that may do similar things that the InFocus Mondopad collaboration suite does. It's also a good fit for digital signage applications and software companies designing and demonstrating their software products. The possibilities really are wide open.

What's the reaction been like to the launch of BigTouch so far?

It's received a ton of buzz and we're really pleased about that. The many people who have been excited about this product understand that this is a cool blank slate and the ideas we've been hearing regarding it's possible uses are very interesting.

Microsoft acquired Perceptive Pixel in 2012 and seems to be aiming to launch more affordable large touchscreen PCs. Do you see Microsoft as a competitor to InFocus's lineup of products?

We can't really comment on something that has yet to be released into the market. We do believe we have very unique products that are unlike anything that is currently available.

What is the company's reaction to Windows 8 in general, especially since many people feel that the OS is not doing as well as expected in the PC marketplace? 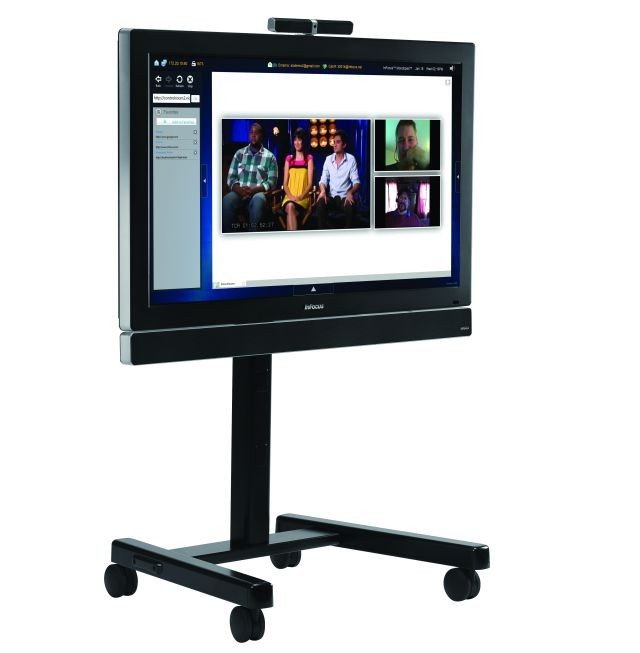 What can you tell us about the new version of the Mondopad and how it differs from the BigTouch?

The Mondopad is a total solution providing the 55 inch touch screen PC, video conferencing capabilities including sound bar and camera, MS Office, and the Mondopad collaboration suite of software applications that enable video conferencing and annotation over anything on the screen. The BigTouch is simply a 55 inch touch screen PC with Windows 8, ready for the end user's software and/or hardware add-ons.

Why pick Office 2010 to include with the Mondopad and not Office 2013, which has some touch-based features?

Most businesses are just now beginning to upgrade to 2010 so we wanted to align with that refresh cycle. For those businesses that have or are planning to upgrade their office to 2013, 9 times out of 10 they'll have a key for the Mondopad they've purchased and can easily upgrade it themselves.

What other future product is InFocus working on?

We have some pretty amazing things in the pipeline - this year will be a big year for InFocus products and new releases. Stay tuned.

We would like to thank Ms. Kayser for answering our questions