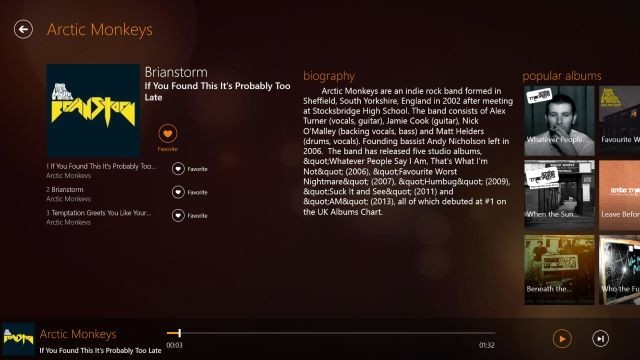 After over a year in development, the good news came today. VideoLAN has now released its long awaited VLC media player app for Windows 8. While the team calls it a public beta, it's certainly welcome news for its many fans who have enjoyed the app on its other platforms.

So the big question is: "What's next?"  Neowin got a chance to ask VideoLAN's President Jean-Baptiste Kempf some questions via email about why it took so long to release the Windows 8 version, when the Windows RT port will be made available and more. As you can see, Kempf holds nothing back and is very honest about the app's development.

Now that the app has been released to the public, how do you and the rest of the VideoLAN team feel about what you have accomplished?

To be very honest, I have mixed feelings. On the one hand, we've finally released a version of VLC that works correctly (it's clearly not final, though) and we've added a new platform to the VLC engine and VLC community. Moreover, we've done it in a correct way, that will be able to follow the development of the other versions of VLC. For example, new codecs will be easy to add, if it is added on the main version of VLC. On the other hand, oh boy, it's been a long and bumpy ride, and it's not finished. I've done, participated or coordinated most of the ports of VLC on mobile (yes, VLC Modern UI is built like a mobile port) and this one has been the hardest, by far. So, we're extremely late, and extremely sorry for this. We also are missing the ARM version (Windows RT), but this is getting done right now. Moreover, there are a few quality and performance issues that makes this version slower than the desktop version. This is normal at this stage and will get sorted, probably next month.

Has Microsoft offered any extra development support for the VLC app?

Once again, mixed feelings. Some people of Microsoft have been AMAZINGLY helpful and supportive, mostly engineers. I'm not sure I'm allowed to name them, though... But, at the same time, managers, and notably Microsoft France, have promised a lot of help and did not give anything, not even one surface RT... We've been bounced through Microsoft divisions, hopelessly... There is a very notable exception, from Microsoft Canada! that helped us in numerous ways! 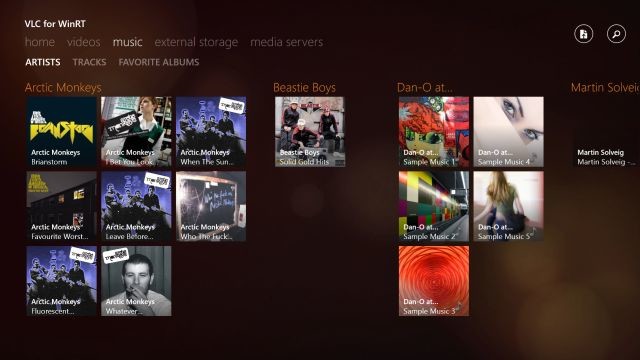 What are some of the more unique features in the VLC Windows 8 app?

Well, I think the most important is that it is based on the VLC engine and that it is open source! This guarantee the evolution of the app for the future, and that adding features will always be possible, if the community wants. And being open source means that you can check that we're not spying you, or using your personal info in bad ways. People too often forget about this, but they shouldn't. Of course, this means that VLC now has MKV, 10bits, FLAC, Ogg, Opus, H.265, VP9, multiple audio and subtitles tracks, playback rate change, etc... If something is missing compared to the other port, it will be quite easy to fix.

What can we expect in terms of updates and improvements going forward?

After that, we need to rework the thumbnails management and a better integration with Windows; also, the app is too slow to start.

When will the Windows RT version of the app be released?

That's a hard question, and has been a source of confusion, notably because too many people can't make the difference between WinRT and Windows RT. (Note that even Microsoft people are confused about this :) ) So, to compile VLC for WinRT on x86, we use gcc and MinGW to produce the VLC engine, and we compile the UI (in C#) with Visual Studio. The reason is that VS2013 cannot compile VLC, because of the lack of correct support of C99. To compile VLC for WinRT on ARM, aka Windows RT and Windows Phone, we have only two ways: fix gcc-binutils for Windows on ARM or patch VLC and work-around VS2013 bugs. We're trying both at the moment, but we don't know yet the best way. Once VLC is compiled, the app can be released. I will know more about this before the end of the month.

How long will it take until the promised Windows Phone version is available?

We already have a design for WP8, and a working proof of concept. But the issue of Windows RT applies in the exact same way, aka compiling for ARM. We might need to be a WP8.1 app though, for performance reasons, notably for the SwapChainBackgroundPanel control. I don't think this will be an issue, since Nokia said that all Lumias will upgrade. But I will know more after Build Conference, when we get access to WP8.1 SDK. Once again, thanks for the support, and we hope people enjoy this beta, and we'll listen to polite feature requests as much as we can.

We would like to thank Mr. Kempf for answering our questions.