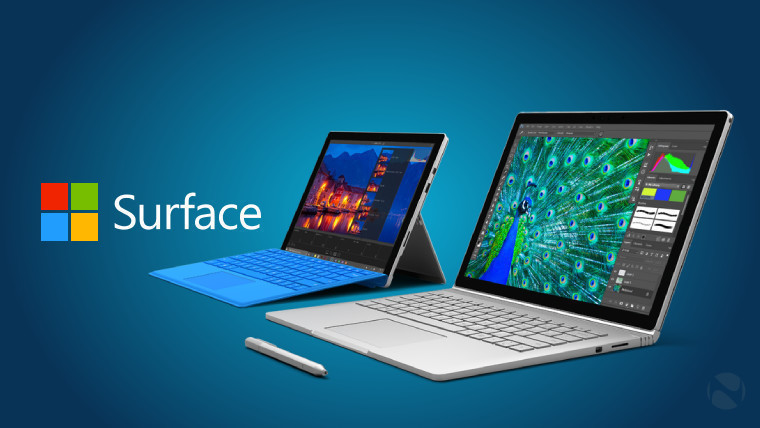 The latest figures from the International Data Corporation for the tablet market are here, and once again Apple has come out on top. In the last three months of 2015, just over 2 million iPad Pro devices were sold worldwide. By contrast, Microsoft sold only 1.6 million of the Surface 3, Surface Pro 4, and Surface Book, combined.

Overall, the IDC numbers show the worldwide tablet market declined in 2015. Only 206.8 million tablets shipped over the last 12 months, down 10.1% from 230.1 million sold in 2014. Despite this, the detachable tablet market is at an all-time high, doubling its sales compared to Q4 2014 with 8.1 million devices sold. Detachable and hybrid tablets are some of the few areas of growth in the declining tablet market. 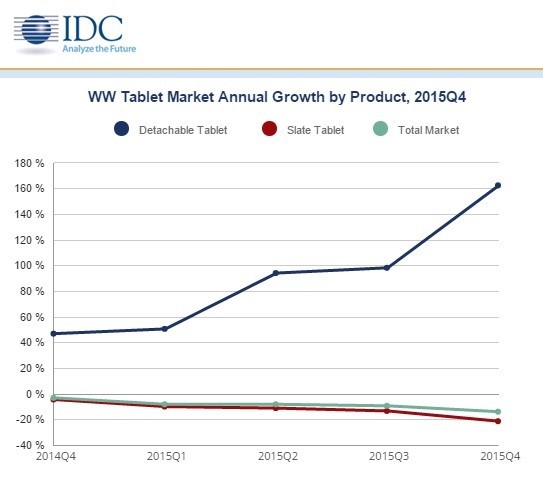 Jean Philippe Bouchard, Research Director of Tablets at IDC, said there is a push by consumers for more powerful devices like the Surface Pro and iPad Pro.

"One of the biggest reasons why detachables are growing so fast is because end users are seeing those devices as PC replacements. With these results, it's clear that price is not the most important feature considered when acquiring a detachable – performance is."

Microsoft has long positioned the Surface range as a PC replacement - a notable example being its Surface Pro 3 v MacBook Air campaign in 2014. Even recently, Microsoft described the iPad Pro as, "always going to be a companion device" and not, "a full PC". 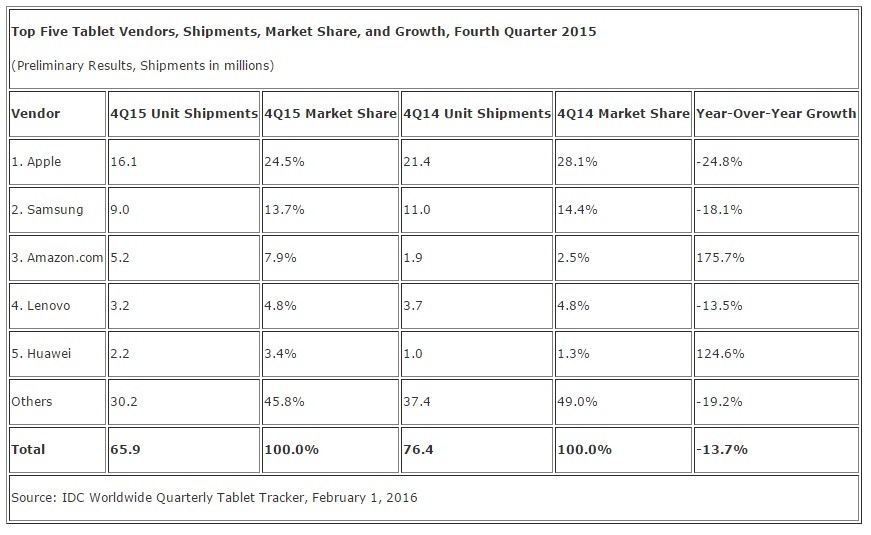 For the market as a whole, both Apple and Samsung saw their positions decline year-over-year. Apple dropped 24.8%, with Samsung similarly dropping 18.8%. Despite Amazon's massive growth of 175.7% thanks to its Kindle devices, its growth is believed to be due to the holiday season and is not expected to continue into 2016.