iPhone New Zealand is reporting that New Zealand based iPhones aren't playing alarms at the correct time after the Daylight Savings Time change during the weekend.

According to the site, an alarm set for 5:55 am went off at 4:55 am instead, and there are a steady stream of users on Twitter experiencing the same issue. The issue only seems to affect iPhones running iOS 4.1, and affects recurring alarms, even if the time is set correctly. 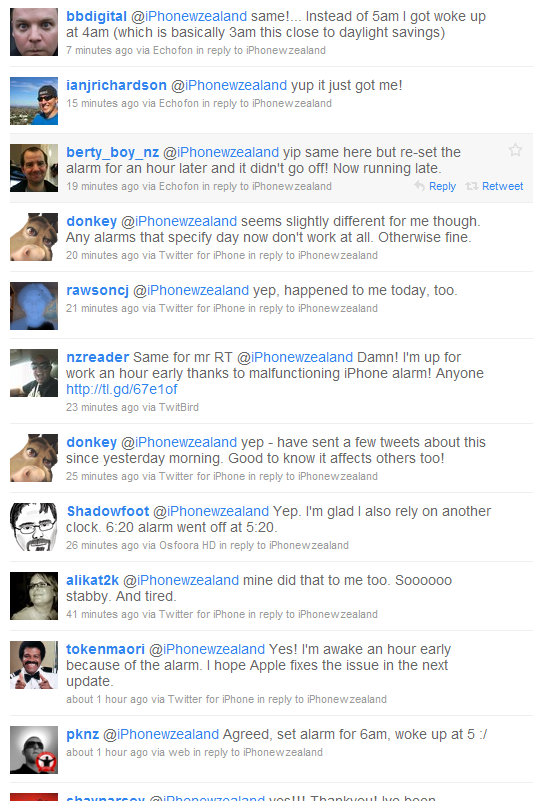 To be completely thorough I then tried the same setup again but this time with it set to repeat daily. This time, the alarm did go off an hour earlier than it was set for. So it seems we can narrow this issue down to repeating alarms only. But for how long? Forever? Until the US comes out of daylight savings? Until iOS 4.2? Until iOS 5?!

It's worth noting that some people are only commenting to say that they didn't have issues, so the issue doesn't seem to affect all iOS 4.1 devices, and that alarms work fine in older devices.

Neowin has reached out to Apple for comment but has not received a response as of writing.

Has this happened to you? Let us know in the comments!