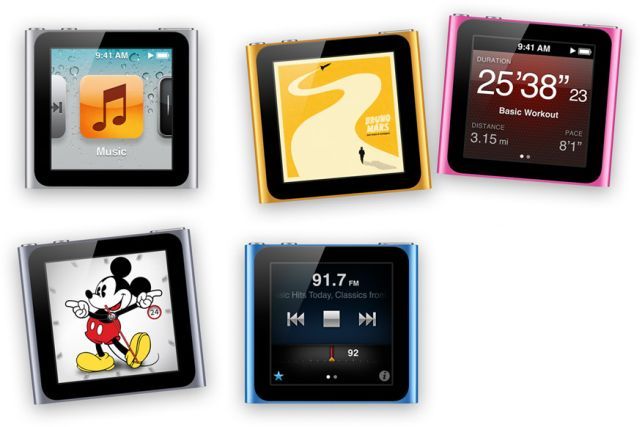 Apple has already confirmed it will announce the next iPhone at a press conference next week. But what about the company's iPod family of media players? While sales of the various iPod models have gone down in the past few years with the coming of the iPhone and iPad, Apple still sells millions of the devices.

9to5Mac.com reports that the iPod Shuffle, iPod Nano and iPod Touch could get new versions and they might be revealed at next week's press conference. The report claims that the new Shuffle will be priced at $49 and will come in eight colors but no other details were offered.

The iPod Nano may also come in eight colors, and the report claims that Apple could sell only one, 16 GB, version for $169. There are rumors that the new Nano model could be taller than the current model.

Finally, the report claims that the iPod Touch will come in two different designs. One will be the current fourth generation version for a small price point, but two higher priced models will be redesigned in some way. The prices for the two higher end models could be $299 and $399.

There's no word if the iPod Classic will continue to be sold by Apple. It was rumored to be discontinued last year but Apple is still selling the device.