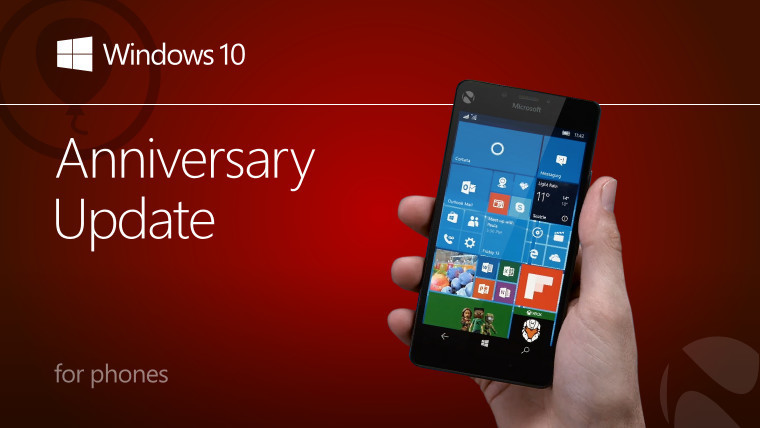 After what seems like an eternity of waiting, Microsoft has finally released the Windows 10 Mobile Anniversary Update. The news comes two weeks after all of the other Windows 10 platforms saw the update, and Dona Sarkar said it would be available in the coming weeks.

The build that you'll be seeing today is 14393.67, which is a cumulative update that was offered to Insiders a week ago. If it's not entirely obvious, you'll need a phone that's officially supported for Windows 10 Mobile to grab today's update.

The Anniversary Update brings quite a few new features to your device. For one thing, Wallet now supports tap-to-pay. Well, to be more specific, it only supports NFC payments if you subscribe to one of seven banks and your phone is a Lumia 650, 950, or 950 XL.

You'll also find a few camera improvements, which is also exclusive to certain devices. Windows Camera will now have a panorama feature, and on the lock screen, you'll notice that the back button turns into a camera button.

Aside from improvements to Cortana and the Action Center, perhaps the most important improvement is the new UWP Skype Preview app. One of its biggest new features is that it won't be shut down in early 2017 like its Windows Phone 8 predecessor. It also supports light and dark themes, which is something that's huge in the Windows world.

Those are just a few of the improvements that you'll see in today's update. You can check out our full review of the Windows 10 Mobile Anniversary Update here, which includes side-by-side screenshots with version 1511.

You can grab the update by heading to Settings -> Update & security -> Phone update -> Check for updates. Remember, if your device is on the Insider Program, you already have it; however, if you're on the Fast ring, Redstone 2 builds should be coming soon.

It would appear that today's update only apply to unlocked devices, so carrier-locked Windows phone will have to wait a bit, unless you sign up for the Insider Program.