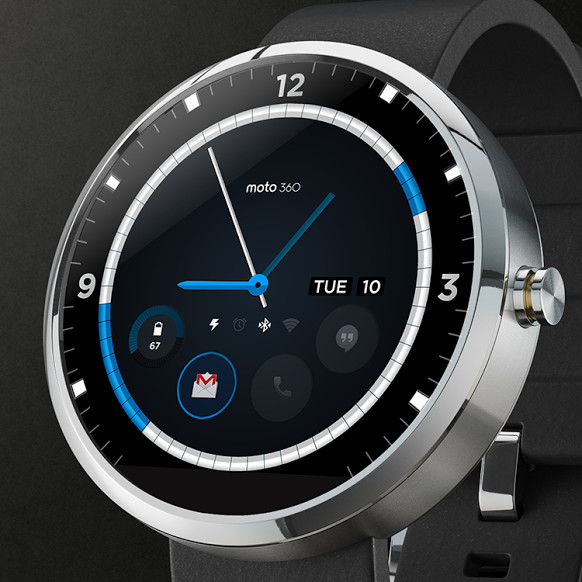 As Google I/O began to debut Android Wear, the anticipation of the potential announcement of the Motorola Moto 360 began to peak. Unfortunately, many were left disappointed when the device was announced for a summer release. This shouldn't have come as a surprise to anyone who has been following Moto 360 news, but I think onlookers still had a glimmer of hope that it would be available for order, much like the LG and Samsung units.

In wake of the disappointment, Motorola Mobility has uploaded a sneak peak of the Moto 360 in action. In the video we get a chance to see how the Moto 360 will look and how Android Wear functions on the device. Cathay Bi, part of product marketing for Motorola, discusses how the Moto 360 utilizes premium materials like leather and stainless steel.

Bi activates the display by either pressing on the screen or pressing the crown button. Although the Moto 360 display is always on, these actions enable the backlight to illuminate so that the users can begin interacting with the watch. She also demonstrates how Android Wear will handle notifications on the Moto 360. Although this may have been a demonstration the interface looks fairly smooth and looks promising.

The Motorola Moto 360 will be available in the summer, but Motorola have yet to release a price or a specific date.