The Christmas advertising campaign for UK retailer John Lewis is becoming as much a part of the festive season as turkey, mistletoe and excessive alcohol consumption. Today, John Lewis unveiled the full two-minute version of its Christmas TV ad and, true to form, it hits all the right notes, with a hint of magic, lots of cute moments and enough heart-warming gooeyness to get a little something in your eye by the end. (*wipes away a tear*) 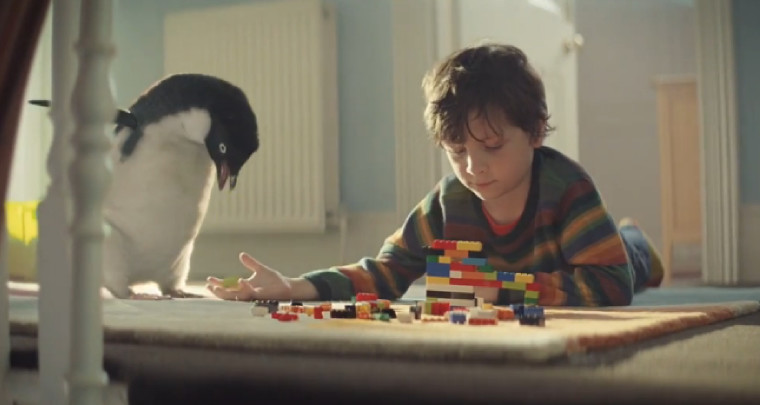 In the ad, we see a young boy called Sam who brings his toy penguin, Monty, to life with his imagination, having lots of fun and happy times with his imaginary pal. John Lewis wanted to do something special for its youngest shoppers this Christmas, to tie in with its festive marketing campaign, so it teamed up with Microsoft on an in-store project based around the idea of bringing toys to life.

John Lewis and Microsoft Advertising jointly developed a circular booth called Monty's Magical Toy Machine, installed at the retailer’s flagship store on London’s Oxford Street. They are inviting parents to bring their kids down along with their favourite toys, where the toy will be scanned in a process called photogrammetry, with images being captured from multiple angles over the course of around a minute and a half by a trio of DSLR cameras.

The images are then processed by a custom-built X1 computer running Windows 8.1, and projected to three 75-inch displays with Microsoft’s second-generation Kinect sensors. And then, the magic happens – kids get to interact with a 3D representation of their favourite toy on the displays.

The 3D rendering isn’t just a dead object that can be manipulated in three dimensions – it can come to life on screen. As The Telegraph explains, a child might begin by “watching [their toy] slowly wake from its slumber, wave, and even bust some funky dance moves.”

In a demo of the Magical Toy Machine in action, “a leggy giraffe gambols across the imposing screen, waving his hooves and jiving, before sauntering off the screen at the edge of his performance, clearing the stage for the next toy in the queue.”

The idea of toys coming to life is one that has fascinated and excited children of all generations, as the hugely successful Toy Story franchise shows (and let’s face it: who among us has not dreamed of having a penguin as a sidekick?). But there are going to be some really lucky kids in London this year, who will get to see their toys come to life in a way that other children can only dream of.