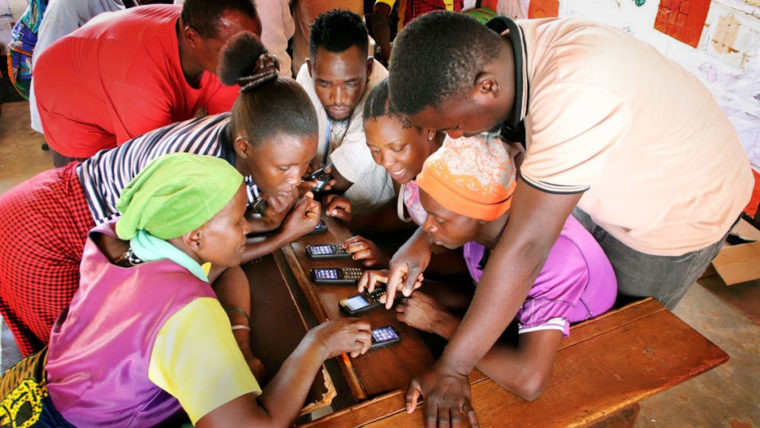 KaiOS Technologies, the firm behind KaiOS, has announced a new partnership with Justdiggit, a Dutch-based foundation concerned with restoring degraded ecosystems. The two firms will supply 300 rural farmers in Tanzania with KaiOS smart feature phones to get information to them that will improve their livelihoods and help them to regreen their farms to fight desertification.

Each of the devices come pre-loaded with a new Regreen App that has been developed by KaiOS. The content in the application is sourced from Justdiggit which advocates proven and scalable regreening techniques that have already been used on 60,000 hectares of farmland in Africa in three years.

According to KaiOS, the threat of desertification and droughts in Africa is huge. It said that 350 million smallholder farmers already deal with these problems or are expected to in the coming years and they can lead to a range of problems including failed harvests and poverty which subsequently creates climate refugees who move to different parts of the world looking for a new way to get by.

KaiOS phones are designed to be affordable and bridge the gap between feature phones and smartphones. While they typically use a feature phone design, they are equipped with apps such as WhatsApp, Google Maps, YouTube and Facebook. Bringing these devices to the 300 participants, not only helps them better manage their farms but also helps to close the digital divide.

As an additional benefit to recipients, KaiOS devices come equipped with the Life app which can help provide users with health advice, financial education, digital skills and more.

After using the devices for several weeks, KaiOS was keen to find out from participants whether they would pay for a device with 52% saying they would spend between $22-28. The firm said that devices with KaiOS already exist in the price range and that it’s a positive sign for the scalability and sustainability of this initiative.

KaiOS is going to work with other partners in the future to scale up this initiative so that it can get devices into the hands of farmers across the African continent.