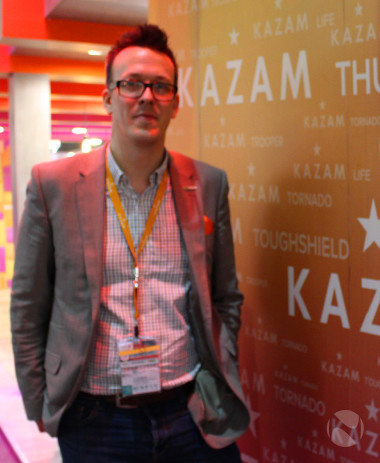 When we interviewed KAZAM's chief marketing officer, James Atkins, at Mobile World Congress 2015 back in March, he told us that the company was "committed to the relationship" that it had built so far with Microsoft, having launched six Windows Phones and tablets in the space of just a few months.

When asked about the prospect of Windows 10 devices, he didn't divulge any juicy details, but he did confirm that KAZAM would bring new Windows phones and tablets to market.

This week, Atkins has again been discussing the company's Windows 10 plans. Speaking with TrustedReviews, he also echoed the comments he made in our interview about KAZAM's relationship with Microsoft.

"Yes, we are already looking at Windows 10 for phones," he said. "We have a lot of Windows phones and it is a very important partnership for us. We will continue with that.

Given that KAZAM is still a fairly small company as far as the industry goes - the British brand was launched by two former HTC executives in 2013 - its resources are limited, and many of them are focused on the more popular Android devices in its range. As Atkins explained:

Atkins told us in March that Microsoft has been "hugely supportive of us coming to market", and he also spoke highly of the Windows proposition versus that of Android:

Windows is not as aggressively priced as Android… but it’s a nicer sell. The Windows platform has been designed for multi-screen – laptop, tablet, Windows Phone – and it’s a nice story to communicate.”

Windows 10 Mobile isn't expected to arrive until later this year, so whatever KAZAM has planned, it'll be a few more months before you can get your paws on the new devices.