Ever since the release of the Microsoft Kinect back in November of 2010 developers from all corners of the globe have been developing some interesting and unique ways to use the Kinect other than its primary purpose as a peripheral to the widely popular Xbox 360 Console.

Now it seems the company LAAN Labs has been successful in developing an application for the Mac OS that is able to use both of the Kinect’s cameras to show a 3D print cloud or “view yourself in 3D”. Sadly its all the application provides (but keep in mind that the application is free) as we have seen companies such as So touch and Evoluce develop presentation like software for the Kinect which can be controlled by hand gestures, in time though we may see updates or other applications which will introduce features such gesture support. 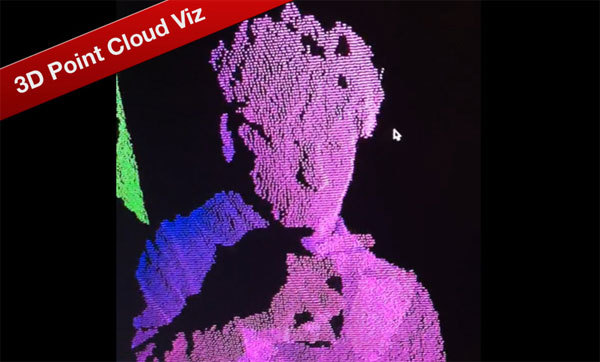