If you travel a lot on commercial planes, you likely have a laptop or tablet with you to pass the time. However, you currently have to keep those devices stowed during takeoff and landing. Now it's looking like those barriers could come down, at least for some flights.

Bloomberg reports via unnamed sources that an advisory committee to the Federal Aviation Administration has recommended more relaxed rules on the use of electronics such as laptops and tablets on commercial flights. The committee, which was formed in 2012, believes that on flights where Wi-Fi access is available, passengers should be able to surf the Internet, send email and read eBooks throughout a flight, even during takeoff and landing. 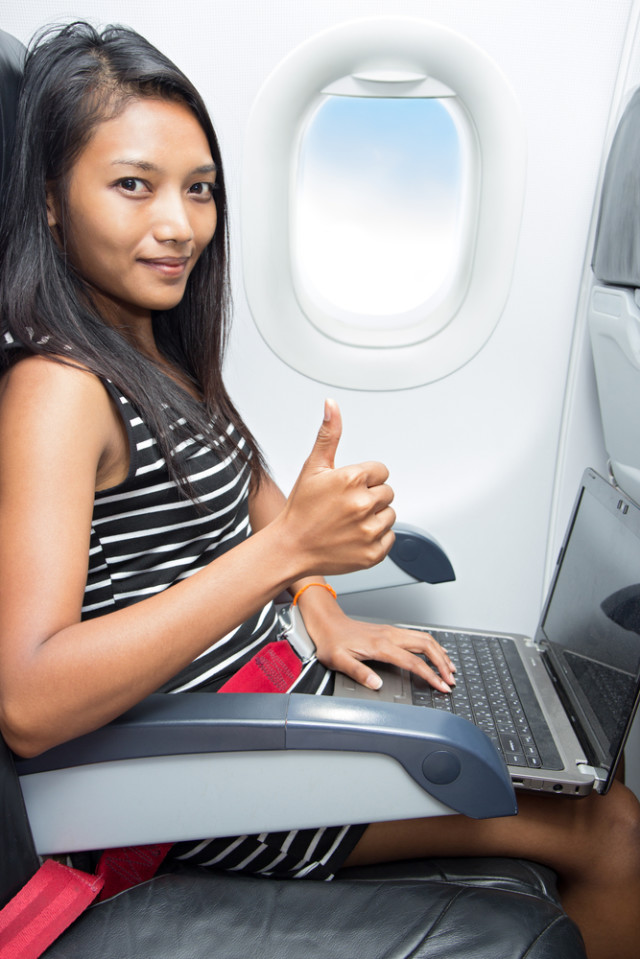 Officially, the FAA said in a statement that it will "determine next steps" for its in-flight electronics rules when the committee officially turns in their recommendations on Monday. Even if the FAA decides to revamp its rules, the current regulations that bar texting and calling on cell phones on commercial flights would still be in place.

The article points out that if the changes are approved, it would be a boon for Wi-Fi in-flight services such as Gogo, which gets its money by charging passengers for using its Wi-Fi Internet connections.

Source: Bloomberg | Lady with laptop on plane image via Shutterstock