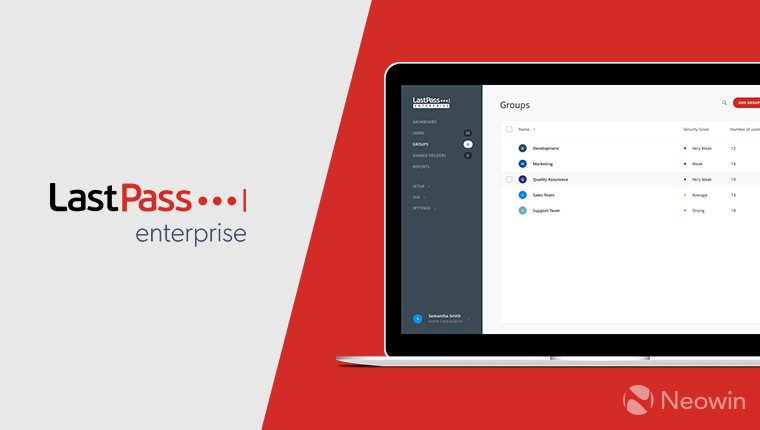 LastPass, maker of its eponymous password manager, has unveiled a series of design changes meant to make IT admins' jobs a little bit easier.

On its official blog, the firm has stated that these visual changes are meant for its LastPass Enterprise solution, more specifically the Groups feature in its admin dashboard.

As an admin, you can import groups from Active Directory or create new ones, all of which will be listed in alphabetical order. Once users are added to Groups, a total "security score" for each Group will be calculated, giving those who manage the solution the possibility to check those which are "under-performing", security-wise.

By clicking on a Group name, a drawer will slide out from the right, revealing users, sites assigned to it, as well as details concerning policies which are in place for that Group. This gives admins a little more flexibility and therefore the ability to give broader or stricter access to certain features depending on the Group.

This new visual approach will be rolling out in the coming days, and arrives a couple of months after an enhanced Reports feature, and LastPass has stated it has quite a few more improvements planned for the Enterprise admin dashboard.