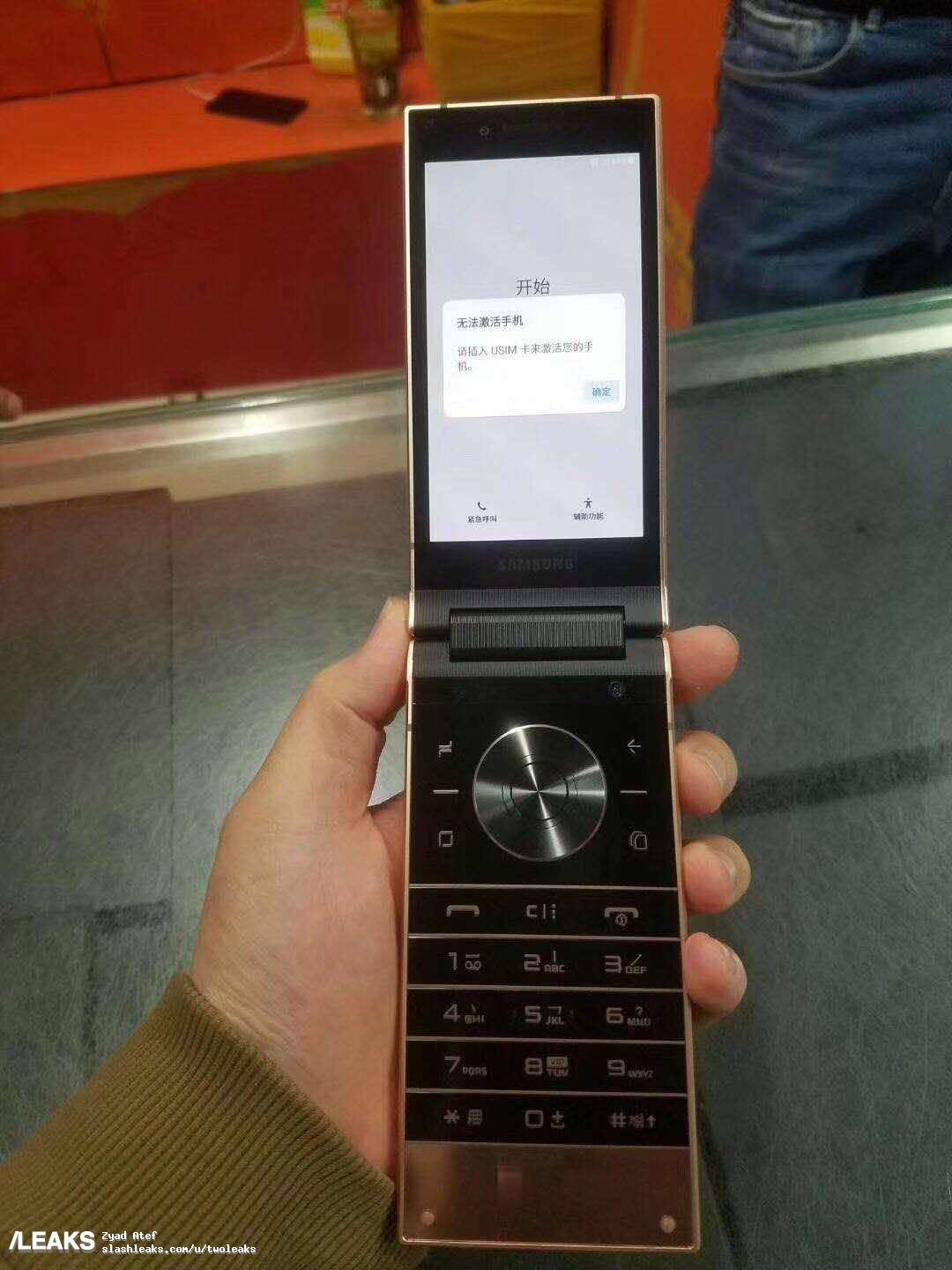 The annual release of a flagship flip phone powered by the most powerful SoCs and running the latest version of Android is becoming an annual tradition for Samsung. Following up on last year's W2018, work on this year's model, dubbed Project Lykan, is already underway, and we now know what the phone will look like.

A few leaked pictures and even a brief hands-on video of the phone have surfaced in recent days, showing off the previously rumoured dual camera setup on the phone's back. The phone also features a rather premium-looking all-glass design with two screens: one on the top of the phone and the other on the inside of the clamshell form factor. Both of these should be AMOLED displays.

The other specifications of the phone include a 3,000mAh battery and, if Samsung sticks to its usual configurations, the flip phone should also be powered by a best-in-class SoC from Qualcomm, the Snapdragon 845.

The company released the last two models of the phone in November and December, respectively, so we should see an official announcement by the company sooner rather than later. Unfortunately, you may never see the handset outside of Asian markets.