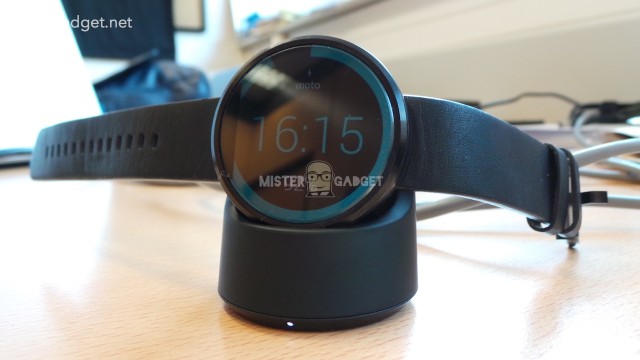 As we inch towards the end of summer in the United States, we also get a bit closer to the release of possibly one of the most anticipated Android Wear devices of the year, the Motorola Moto 360.  Although it was announced in March and teased at Google I/O, we have heard very little information about the Moto 360 since that time. Interestingly, it looks like tech blogger, Luca Viscardi aka Mister Gadget, has gotten his hands on the device and has given his first impressions.

Although his words are translated, it seems like Viscardi is fairly impressed with the Moto 360, stating that it is better than the LG and Samsung Android Wear devices. He states that the watch is light and that it also fits well on the wrist. The watch has good readability in sunlight, but also has a display that produces excellent colors compared to its competitors. We also get a first glimpse of the wireless charging dock, which puts the Moto 360 in an upright position. Although he does not discuss it, there is an indication from one of the images, that there might be an optical heart rate sensor on the back of the device. 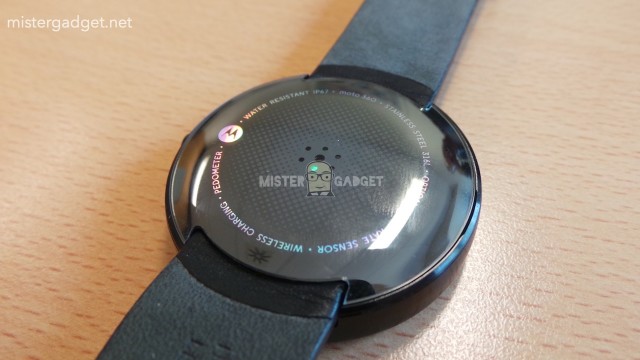 Lastly, Viscardi discusses the battery life stating that it lasts two and a half times longer than the LG G Watch. Although an exact time is not given, this could be a good indication that the Moto 360 could last more than a day without needing to be recharged.

The Motorola Moto 360 is slated for a summer release. We have yet to get word on an official release date or pricing.