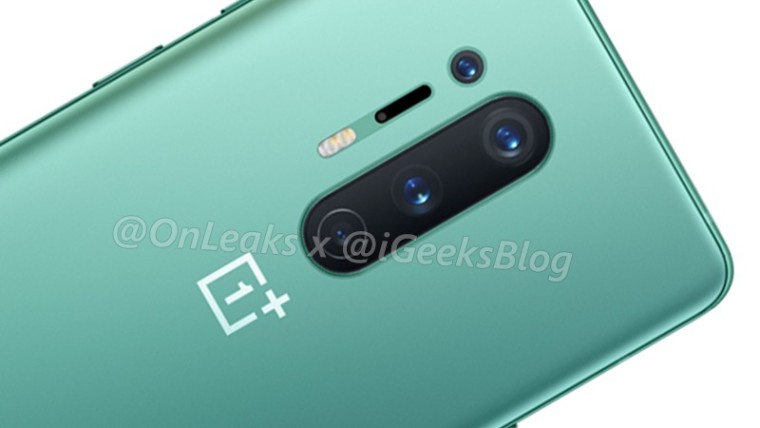 With the OnePlus 7T last year, the company had switched to a circular design for the camera setup at the rear, though it stuck with the regular vertical camera placement on the 7T Pro. The company is seemingly continuing with the same design philosophy this time around as well.

The full specs of the OnePlus 8 Pro point to the device coming with a 6.78-inch AMOLED display with 120Hz refresh rate. It will be powered by a Snapdragon 865 chip, pack up to 8/12GB RAM, and ship with 128GB base storage. There will also be another variant with 256GB storage space. Apart from green, the device should also be available in black and blue colors

The camera specs include a 48MP primary shooter along with another 48MP ultra-wide-angle camera. The quad-camera setup also includes an 8MP and a 5MP shooter. It will also be accompanied by a laser autofocus sensor. At the front, there will be a 16MP camera for taking selfies. Other specs of the OnePlus 8 Pro include 5G connectivity, IP68 certification, a 4,510mAh battery with 30WT Warp charging, 30W wireless charging, and 3W reverse wireless charging.

OnePlus was expected to announce the OnePlus 8 series sometime in the middle of April, though due to the COVID-19 lockdown across the globe, it will likely delay the announcement.