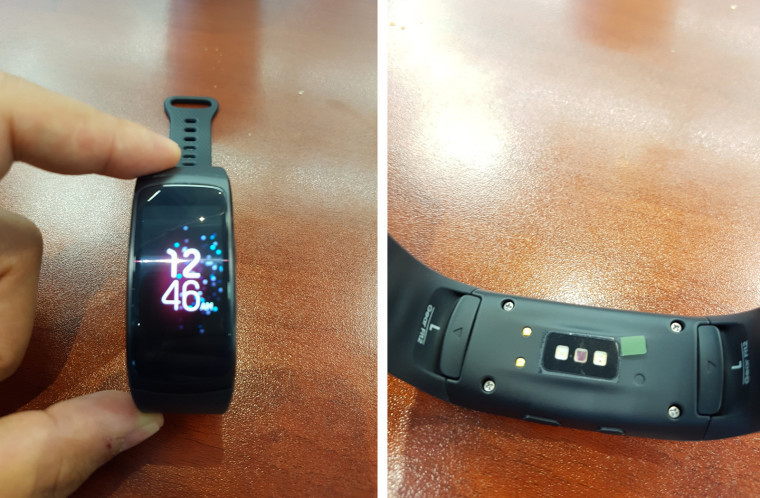 The folks over at VentureBeat were given a first look at two upcoming Samsung Gear products; The Gear Fit 2 and the Gear IconX. The former is a follow-up to the company’s original fitness band while the latter is a pair of cordless Bluetooth earbuds.

The Gear Fit 2 (above) sports a slightly updated look from its 2014 predecessor along with an updated processor. The Fit 2 will also come with the same sized Super AMOLED display at 1.84 inches and now includes a dedicated GPS chipset. 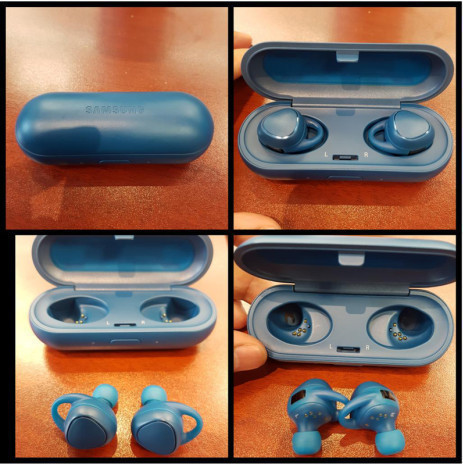 The Gear IconX earbuds feature a cordless design and are both dust and water resistant. They also function as fitness trackers, and feature 4GB of internal storage for storing music. The IconX earbuds are said to include touch controls similar to the Gear Circle, which let users slide their finger up or down to control the volume. Placing the buds within the carrying case charges them.

Not much else is known about these products, including specifications and release dates, as they’re currently being tested.