This week, we got our first official look at the LG G3, with the release of a short teaser video that certainly managed to whet our appetites for the company's latest flagship. A leak earlier this month had already given us a look at the G3 in white, and now another bunch of images have surfaced, showing off two further colour options. 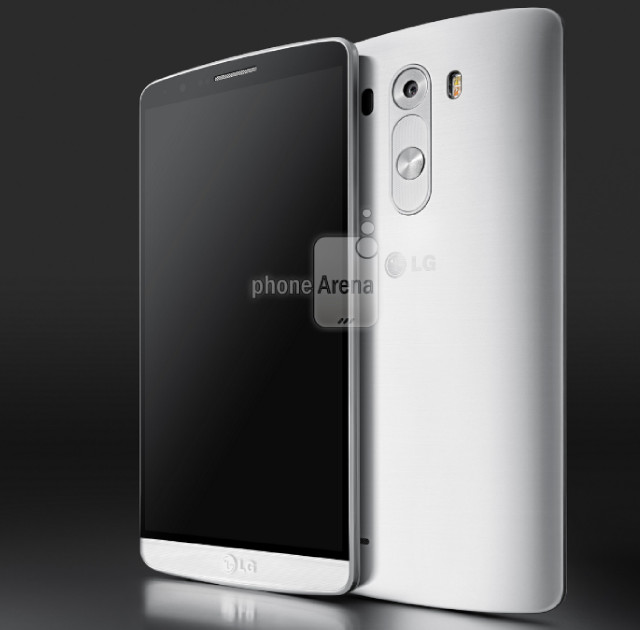 The first high-resolution press renders of the G3 landed in the laps of PhoneArena, showing off the rather sleek lines and interesting detailing on the handset's bodywork.

Note, for example, how the LG logo on the front glass appears to 'float' above the main body of the device.

In the image above, you can see the main camera module which, in the recent teaser video, appeared to contain a floating lens, hinting at optical image stabilization. To the right of the camera is the flash cutout; to the left, something of a mystery, but rumour and informed speculation (along with various red beams seen in the teaser vid) suggest that this may be a laser auto-focus sensor. Such a system could greatly enhance the camera's low-light performance.

Both the teaser and these latest leaked images appear to show that the device will feature brushed metal bodywork. But PhoneArena suggests that this may actually be polycarbonate with "a special finish that looks like brushed metal." 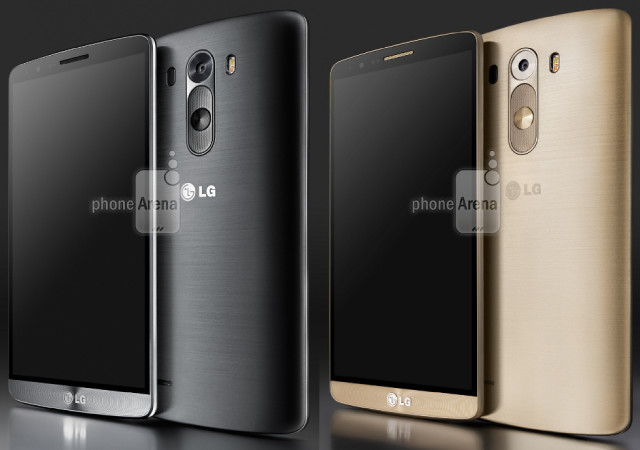 In addition to the white model (which PhoneArena calls 'silver') leaked earlier this month, other colour options will include black 'titan grey' and, as is the current trend, some vague approximation of gold that doesn't really look particularly golden at all.

The LG G3 is expected to be one of the most powerful handsets on the market, with specs rumoured to include a quad-core Snapdragon 800-series chipset, 3GB of RAM and a 5.5-inch Quad HD (2560x1440px) display. The device will be officially unveiled at a launch event in London on May 27.