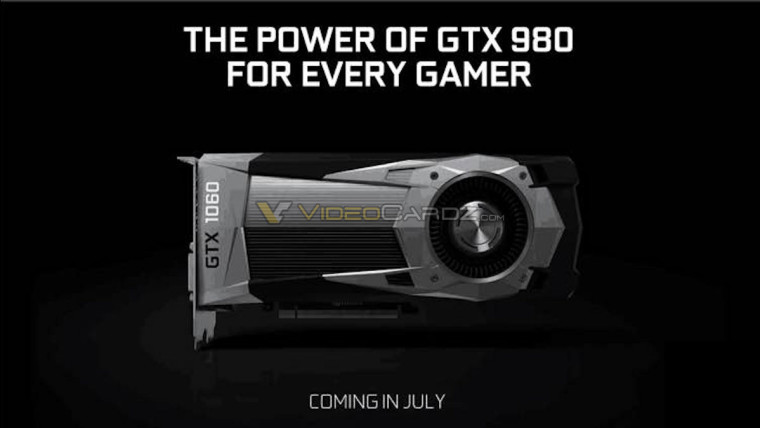 This year’s video card war is heating up. Nvidia quickly scored big victories in the top and mid-range of the market with its new GTX 1080 and GTX 1070 models. But AMD went after the affordable segment, promising to bring VR to everyone with the new RX 480, and even claimed to give the GTX 1080 a run for its money in some scenarios. Now Nvidia is hitting back as we get our first looks at the entry-level GTX 1060.

Leaked slides from a presentation seem to show the new Nvidia GTX 1060 in all its glory, as well as a launch date. Unfortunately, we don’t have a price for the new card, though it’s definitely meant to be an affordable model. That being Nvidia is not expected to undercut AMD, instead pricing the GTX 1060 closer to mid-range rather than entry level.

In terms of pure specs, the folks over at Videocardz, who first published the slides, did a bit of comparing and contrasting between Nvidia’s offering and AMD’s Radeon RX 480. Despite having weaker specs on paper, the leaked screenshots claim that the GTX 1060 offers better performance than an RX 480. Not only that, but the the GTX 1060 is also supposed to be 1.4 times more power efficient than its AMD rival.

Finally, in terms of design, the GTX 1060 looks very much like a smaller version of the 1070 and 1080 cards, with the Founder’s edition being picture here.

If these slides are accurate, and there doesn’t seem to be any reason to doubt that, we’re less than a week away before Nvidia launches the GTX 1060 and we'll get to see the full picture.