Lenovo will launch its first Windows 10 phone later on this summer though, so far, details on the company’s device are scarce. 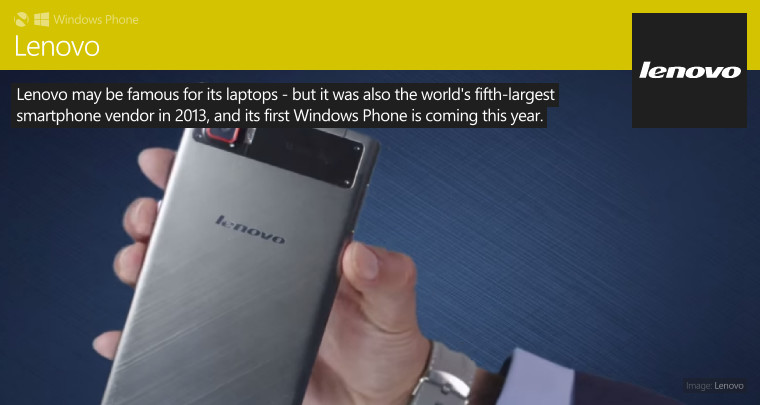 Microsoft has finally detailed its plans with regards to the launch of Windows 10 and in the same announcement the company also mentioned that Lenovo will be one of the major partners to support Windows 10 and help upgrade its partners. The company is also set to launch its first Windows 10 phone to the delight of the Windows Phone community.

Lenovo has often been seen as a big player in the technology market and a straightforward partner for Microsoft, but despite all of that the company stuck to Android mobile devices and never produced a Windows Phone.

Interestingly enough, the company had announced early last year that a Windows mobile device would be hitting markets by the end of 2014 but that never came to fruition despite repeated rumors and assurances.

However, it seems that Windows 10 is about to change all that, and Lenovo is developing more than one mobile device on Microsoft’s platform. The new handsets might only be launched in China via China Mobile so those in other parts of the world might still be out of luck.

Unfortunately, the company hasn’t shared any actual details about its upcoming line of devices and its launch plans, so fans will have to wait a bit longer before they get to see what the company has been working on.