Lenovo has added another ThinkPad, the T400s, to their venerable T series of notebook computers. As the designation suggests, the T400s is a heavily redesigned version of the current T400 notebook, focused on reducing its size and heft while still keeping to the traditional semi-rugged ThinkPad design.

Some may begin to draw parallels between the T400s and X300/X301. However, the T400s is far from underpowered. Customers have a choice between a 2.4 GHz and 2.53 GHz Core 2 Duo processor and can have 8 GB of RAM installed for use. They can also choose to install a Blu ray recordable optical drive, despite the fact that it is a business oriented notebook. However, many may be disappointed by the lack of a dedicated GPU on the T400s and have to make do with the Intel GMA 4500MHD integrated graphics. Or else they would have to deal with low battery life and heat issues which are common with most dedicated GPUs. Lenovo has finally decided to include an eSATA port, something which has been missing from their previous notebooks.

The T400s also introduces several cosmetic changes over the T400. First up is the keyboard. For those of you who do not know much about the ThinkPad line, they are known to have one of the best keyboards ever made on a notebook computer. However, some may notice that the keyboard layout on the T400s is slightly different from earlier designs. It features redesigned volume controls up top and larger 'Escape' and 'Delete' keys. According to Lenovo, these keys are usually used more times than other function keys, and hence saw it fit to increase their size. Also, the touchpad has a new texture to it and supports multi-touch. Another change that is apparent is the centered screen. Lenovo is notorious for designing notebooks with off-centered screens which frustrates many users.

The base model costs $1,599 and comes with a 2.4 GHz Core 2 Duo processor, 2GB DDR3 RAM and a 120 GB 5400RPM HDD. While the price might be a little steep, do realise that you're paying for an extremely compact and well built notebook. You can also check out Notebookreview.com's review of the T400s. 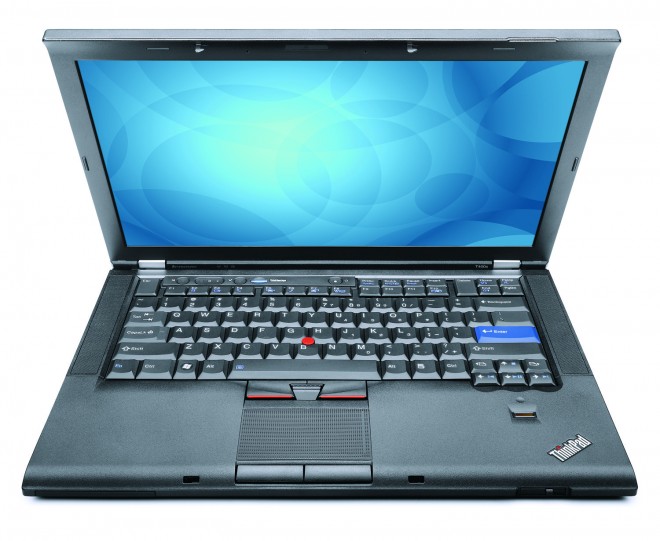