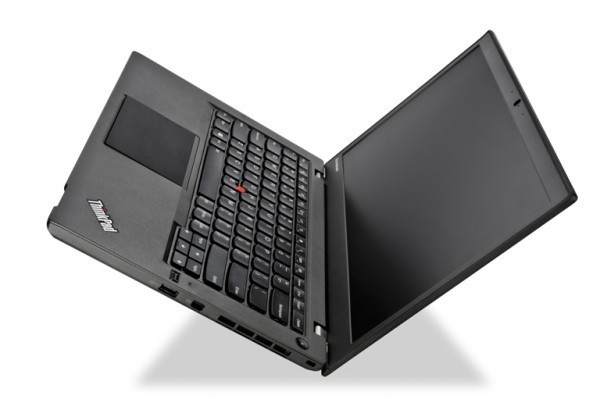 Lenovo's ThinkPad lineup of Windows notebooks have been acclaimed for their construction, battery life and low weight, among other things. Today, Lenovo officially revealed a new addition to the ThinkPad family, the T431s, that is also the first product based on an all new design for the ThinkPad series.

The Lenovo blog not only reveals more about the ThinkPad T431s, but also the process the company took to come up with the design. Lenovo "shadowed" both ThinkPad and non-ThinkPad users, along with other young adults, in a number of countries over a nine month period. Those people were questioned about what they liked and didn't like about using laptops and tablets.

Based on that feedback, Lenovo says that the company changed 26 percent of the ThinkPad's visual design were changed for the ThinkPad T431s. One of the biggest changes was for the notebook's touchpad, which does away with the physical buttons in favor of integrating those functions inside the touchpad itself.

The famous ThinkPad trackpad has received an update as well. Lenovo says:

The trackpad now has five buttons which you can customize for Windows 8 gestures via the device driver. There are subtle red lines on the surface indicating the trackpoint buttons. Of course, the red dot remains for all our trackpoint users.

Other changes include allowing the hinge to open by as much as 180 degrees to allow the ThinkPad T431s to lay flat on a table, hiding the notebook's speakers in its drop down hinge and more. Even the ThinkPad logo's placement on the T431s has changed. Lenovo says:

For years, the logo has been displayed oriented towards the user (some viewed this as upside down) and has long been the subject of great debate inside the halls of Lenovo. Ultimately with the other changes we’ve made, we decided now is the right time to reorient the logo so that it’s visible when someone looks at the laptop from the back. At the same time we added a living element to it with a new LED in the logo middle giving it a “heartbeat” of sorts. It’s functional too, showing the PC’s status of on or in sleep.

As far as the hardware specs, Engadget reports that the ThinkPad T431s weighs 3.6 pounds, has a 14 inch 1,600x900 display, and 4 GB of RAM with an option to raise it up to 12 GB. It also has a 320 GB hard drive as standard, with options to put in SSDs. Buyers can get the laptop with either Windows 7 or Windows 8 and while this model does not have a touch screen, future versions could have that feature included. It's due out sometime in April starting at $949.