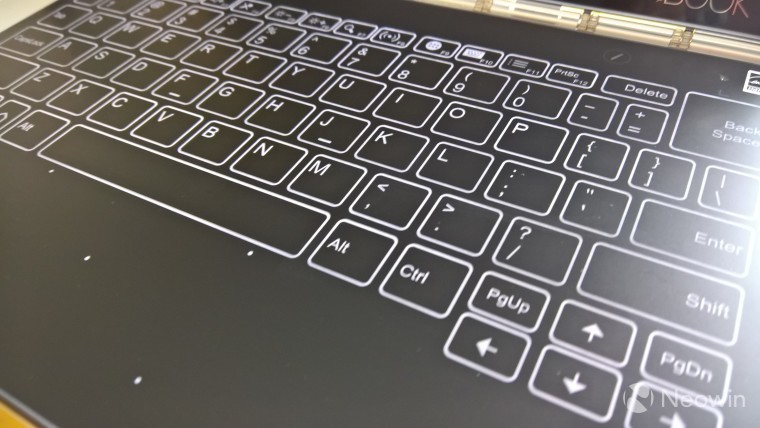 After hinting at a release this past September, Lenovo officially announced that a Chrome OS variant of its Yoga Book tablet will be coming in 2017. Both Windows and Android versions of the device already launched earlier this year.

The standout aspect of this 2-in-1 tablet is its combination of CreatePad (for writing and pen input) and Halo Keyboard (for typing) on the same touch surface. It also includes AnyPen integration, which supports input from other manufacturers' pens, including those used on Surface and Galaxy Note devices.

Neowin's review found that the 10.1" (1920 x 1200) IPS LED display, AnyPen features, and its form factor were high points of the Yoga Book. However, the Halo Keyboard proved to be impractical for sustained use and the device also lacked enough hardware ports.

Lenovo says that sales of the Yoga Book have been strong in China, Germany, and Japan. According to Jeff Meredith, vice president and general manager of Lenovo’s Android and Chrome Computing Business Group, US sales have been "just average.”

Although pricing details have not been released for the Chrome OS version, the Android and Windows variants start at $499 and $549 respectively.