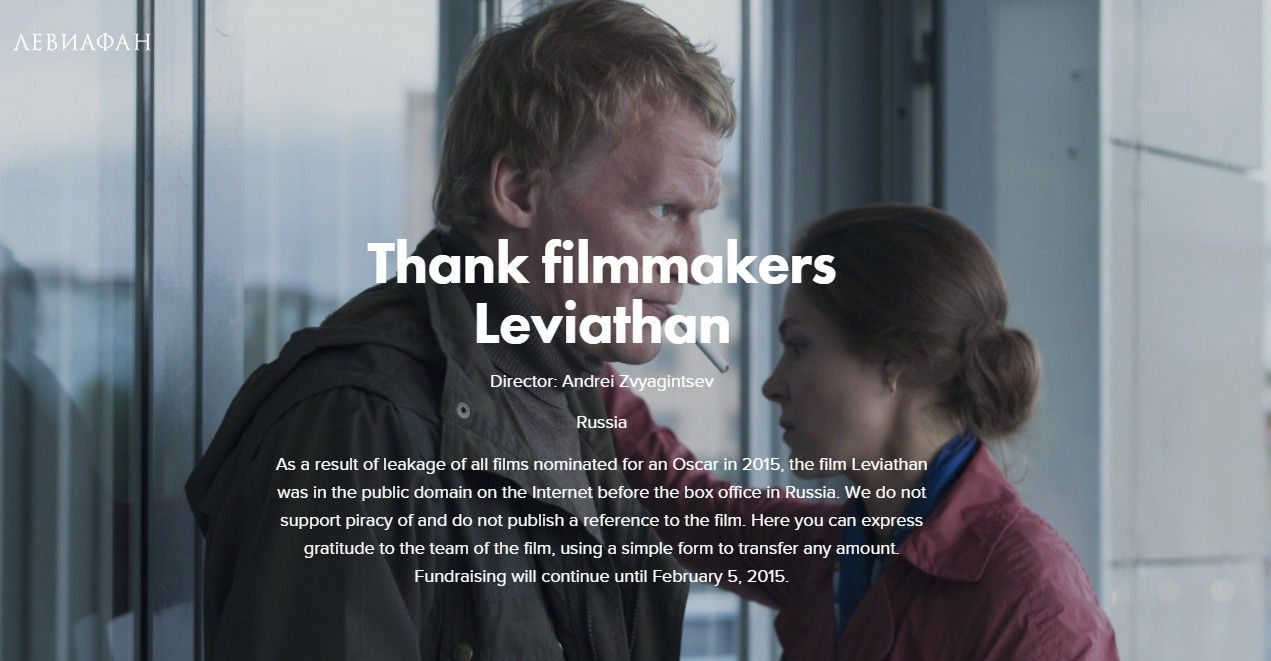 In the first week of 2015, a plethora of DVD screener copies of movies leaked online ahead of their official Oscar nominations that happen in February. One of them is "Leviathan", a highly praised Russian drama film that was recently awarded the Golden Globe for Best Foreign Language Film.

"Leviathan" was co-financed with the Russian Culture Ministry, and focuses on the life of Kolia, a Russian car mechanic who has to deal with a corrupt mayor that wants to take away his business, his house, and his land.

The team behind the movie had a very interesting way to deal with the fact that their work has been released to pirate sites. Producer Alexander Rodnyansky told the press in a public statement that “all the films nominated for an Oscar have been downloaded by pirates. We are not going to pursue anybody.”

Furthermore, fellow producer Slava Smirnov announced that he decided to launch an independent website where they invite downloaders of the movie to make a donation that would be forwarded to the makers of "Leviathan", as you can see in the image above.

Alexander Rodnyansky expressed the team's gratitude and support for the project, and invited people who downloaded and watched the movie to use the website to express their appreciation for the team's hard work.

While clearly in favor of the fundraiser, he also explained that the money would not go the filmmakers, but "to the children’s cancer charity Give Life, founded by actresses Chulpan Khamatova and Dina Korzun."