The name 'G3 Stylus' sounds, initially, like it might apply to an accessory for LG's flagship Android handset, the G3, which it launched earlier this year. But in fact, the name applies to an entirely new device - one that looks like a G3, but which has far less impressive specs than the company's range-topper. 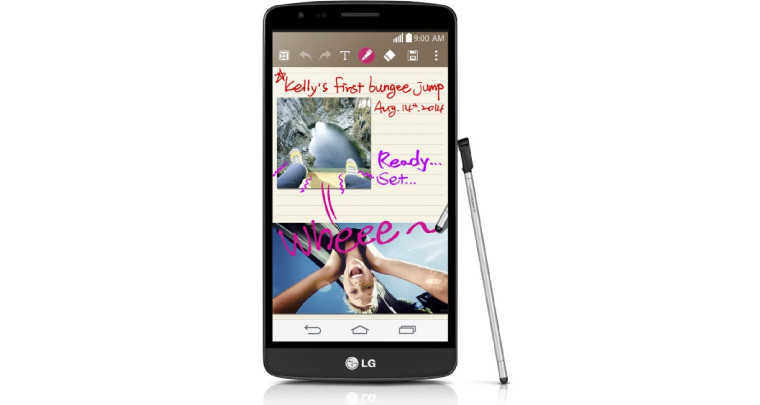 LG announced the G3 Stylus today, ahead of its full official launch next month at the IFA trade show in Berlin. As its name suggests, the device comes with its own stylus for handwriting and sketching on its display - but while the company describes the handset as a 'G3 variant', it appears to have very little in common with that device.

The original G3 is a true flagship, packing superlative specs, from a quad-core 2.5GHz Snapdragon 801 chipset to 2GB/3GB of RAM, and a stunning 5.5-inch Quad HD (2560x1440px) display. The G3 Stylus, by comparison, has a far more modest spec sheet.

The new handset also includes a 5.5-inch display, for example, but its resolution is far lower at just 960x540px. There's only 1GB of RAM onboard too, as well as a 1.3GHz quad-core processor, and just 8GB of onboard storage (expandable via microSD).

The G3 Stylus also includes a 13MP rear camera, 1.3MP front-facing camera and a 3000mAh battery, along with Android 4.4.2 KitKat. However, there is no support for 4G LTE networks.

Following its launch at IFA, the G3 Stylus will first go on sale in Brazil next month, before rolling out to Russia and markets in Asia, the Middle East and Africa. Pricing details have not yet been announced - LG is saving that info for later - but it promises that the G3 Stylus will be sold at an "exceptional price that can't be beat".

The new handset will also feature many of the UI and software enhancements that LG first rolled out with the G3.