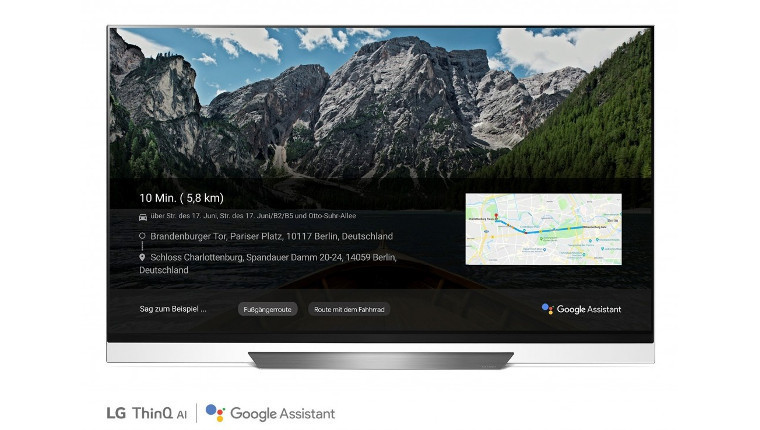 LG has just announced that more customers with LG TVs will be able to use the Google Assistant. If you have a 2018 TV with AI ThinQ, and live in Australia, Canada, France, Germany, South Korea, Spain, or the United Kingdom, you’ll get the feature in the fourth quarter of this year. The expansion comes after an announcement at CES 2018, and the service debuting in the United States in the second quarter.

“LG’s vision is to become a major name in all things AI based on our philosophy of open platform, open partnership and open connectivity. Beyond the unrivaled picture quality that LG’s premium TVs deliver, the Google Assistant offers even more consumers a new level of intelligence in the home, aligned with LG’s mission to improve the daily lives of its customers through forward-thinking technology.”

With Google Assistant landing on LG’s webOS-based AI TVs, users will be able to press the mic button on their remote to ask for a weather forecast, find a business’s opening hours, get the latest sports scores, dim the lights, and more – all without interrupting the programme on TV. Users can also control all their other smart home devices, and even display pictures from Google Photos.

LG TVs with AI ThinQ in the U.K. and the U.S. are compatible with Amazon Alexa devices, this feature will roll out to Australia and Canada too around the end of the year when they gain Google Assistant.

If you are visiting IFA, be sure to head to LG’s booth in Hall 18 of Messe Berlin for a hands-on with LG’s AI ThinQ-enabled TVs with Google Assistant.