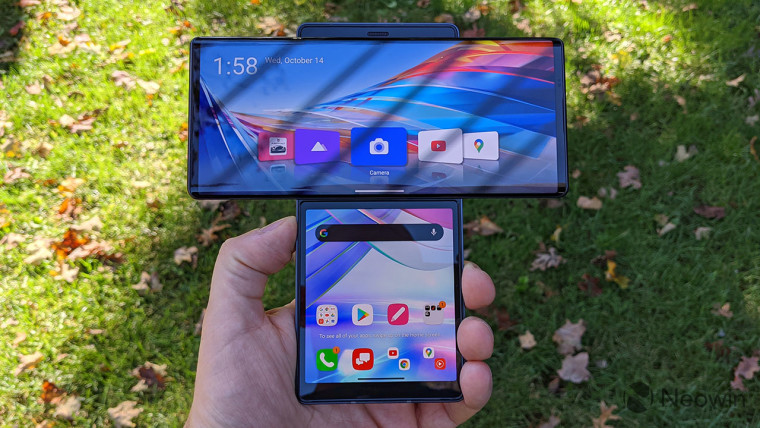 Back in September 2020, LG introduced its Wing smartphone with a swiveling display. The smartphone is a part of LG's "Explorer Project" that aims to redefine smartphone design. Following the launch, LG made the smartphone available in South Korea and the US.

Today, LG has formally announced LG Wing in India. As a refresher, the LG Wing comes with a primary 6.8-inch P-OLED display that has a 2460x1080 resolution. When the display is rotated at 90-degrees, it reveals a smaller 3.9-inch G-OLED display that has a 1240x1080 resolution. The smartphone is powered by the Qualcomm Snapdragon 765G SoC which is paired with 8GB of RAM and up to 256GB of storage.

LG Wing also has a triple-camera setup with 64MP primary camera with OIS, 13MP ultra-wide camera, and a 12MP ultra-wide big pixel camera, which is meant to be used in swivel mode. On the front, there is a 32MP pop-up selfie camera. To power the hardware, LG has added a 4,000mAh battery which can be charged at 25W with QuickCharge 4+. The smartphone comes with Android 10 with Q OS out-of-the-box. LG Wing will be priced in India at Rs. 69,990 (~$948) and will come with 8GB RAM and 128GB of storage. The smartphone will go on sale on November 9 and will be available in Aurora Gray and Illusion Sky color options. If you are interested in picking up the LG Wing, do check out our unboxing and first impressions video to learn more about this eclectic smartphone. 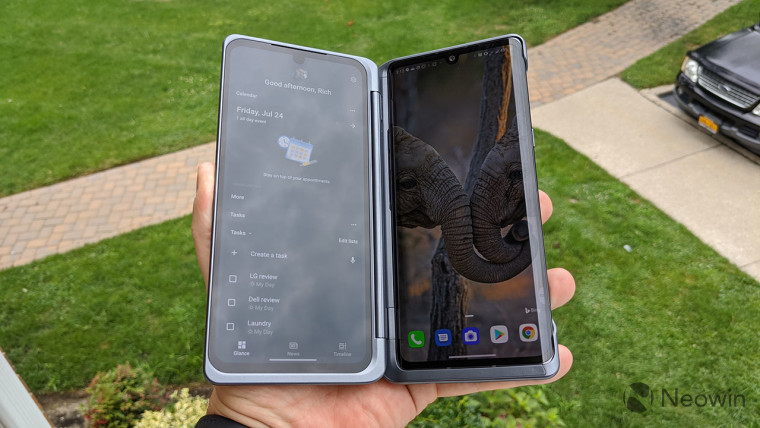 Along with the Wing, LG has also announced the launch of LG Velvet. LG Velvet takes design inspiration from GX8 with its snap-on screen and support for a stylus. Velvetcomes with a 6.8-inch Full HD P-OLED display which can be paired with a 6.8-inch OLED display to get a dual-screen experience.

LG Velvet is powered by a Qualcomm Snapdragon 845 SoC which is paired with 6GB of RAM and 128GB of storage. The smartphone does support expandable storage via SD Card. For the camera, LG went with 48MP primary camera along with 8MP ultra-wide camera, and 5MP depth camera. On the front, Velvet has a waterdrop notch that houses the 16MP selfie camera. To power the hardware, LG has added a 4,300mAh battery and it also comes with IP68 certification.