LG’s G Flex – the company’s gently curved smartphone – has so far only been made available to buyers in a handful of Asian markets, but that is soon set to change. LG says that the handset is “the world’s first to follow the curve of the human face”, and today, it announced that faces across Europe will soon be able to get up close and personal with the new handset. 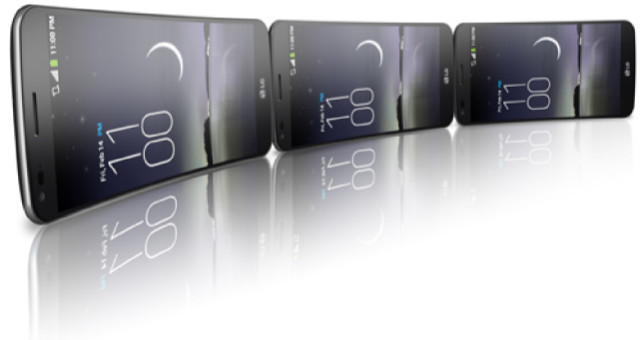 From next month, LG will begin a major rollout across the continent, with plans to launch the G Flex in more than twenty European countries, including France, Germany, Italy and the United Kingdom. The announcement follows the news that AT&T, Sprint and T-Mobile will offer the ever-so-slightly flexible handset in the US, with pre-orders beginning this week.

In the US, it will go on sale for around $300 on a two-year contract, placing it at the very highest end of most buyers’ budgets, and while LG has not yet revealed details of European pricing, buyers there should expect to pay a significant sum for the device.

The G Flex features a massive 6-inch curved P-OLED display, although its resolution is just 1280x720px – disappointing for a display of that size. You won’t find Android 4.4 KitKat on board either, or even version 4.3; instead, the G Flex will go on sale in Europe with Android 4.2.2.

It’s not all bad news though – there’s a quad-core 2.3GHz Qualcomm Snapdragon 800 processor, along with 2GB of RAM and 32GB of storage, as well as a 13MP rear camera and a very spacious 3500mAh battery. LG also claims that the device has a “self-healing coating” on its rear which makes it “immune to minor scratches and nicks”.