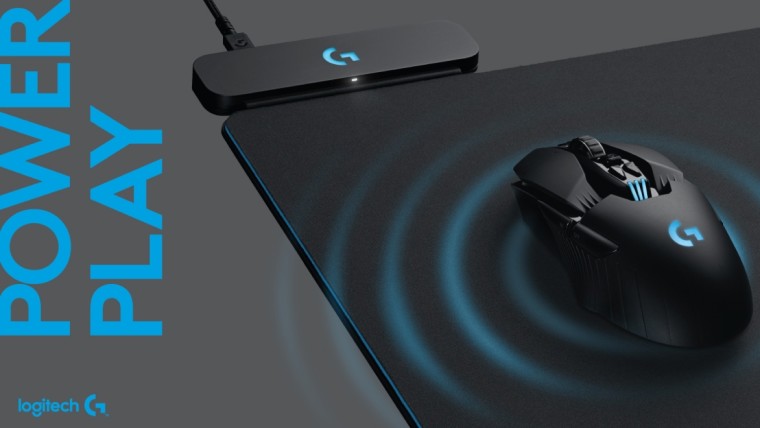 At Computex earlier this month, Corsair showcased an intriguing concept: a mousepad with Qi wireless charging, capable of charging a wireless mouse… wirelessly.

Logitech has now turned that idea into a product, and has creatively named it the “PowerPlay Wireless Charging System.”

PowerPlay comes as a bundle: it has the actual wireless charging base with a surface area of 275 x 329mm, two mousepad surfaces – one hard, one soft – and a puck-sized module called ‘PowerCore.'

Interestingly, Logitech isn’t using the Qi wireless charging standard for this product. Instead, the company has crafted something proprietary; technical details remain scarce, but Logitech has said that a PowerPlay-compatible mouse will be able to recharge anywhere on the mousepad, while it is in use. Additionally, the PowerPlay pad also has the company’s Lightspeed proprietary wireless standard built into it, providing a strong and stable wireless connection for the mouse.

Logitech’s use of proprietary technology is in stark contrast to Corsair’s concept design, but it seems to offer a more seamless experience. Unfortunately, it does eliminate the possibility of using the mousepad for charging other devices – like phones – as they are likely to be using the Qi wireless charging standard.

To go along with the mousepad, Logitech is also launching two new wireless mice – the Logitech G903, and G703. This is where the puck-sized PowerCore module comes into play; both mice have a slot at the bottom to place the PowerCore in (replacing a plastic cover), enabling them to charge wirelessly.

Unfortunately, none of these products are available just yet. Logitech expects the PowerPlay mousepad to be ready for launch by August this year for a smooth $99.99. The two new PowerPlay-compatible wireless mice – the G903 and G703 – are expected to launch in July, for $149.99 and $99.99 respectively.