Far across the vast expanse of Heathrow Airport from Terminal Samsung Galaxy S5 lies a brand new terminal, which opened this week. Its predecessor closed at the end of 2009, demolished completely and replaced by the striking new 'Terminal 2 - The Queen's Terminal', which welcomed its first flight, United Airlines 958 from Chicago, on Wednesday. 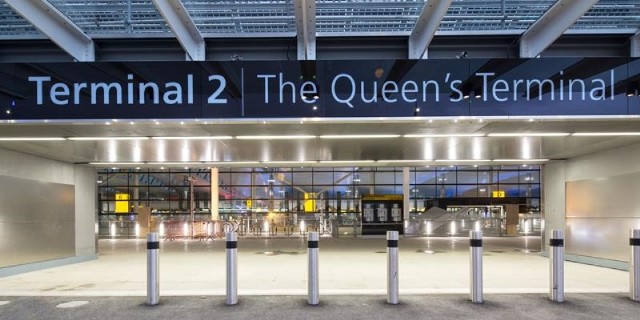 United is the only carrier currently operating from T2, but it will eventually be home to 26 airlines including all Star Alliance operators into Heathrow, along with Germanwings, Aer Lingus and Virgin Atlantic Little Red. 332 flights will eventually operate out of it every day, and the terminal is crammed full of technology to help manage efficient operations for the millions of passengers who will eventually pass through it each year. 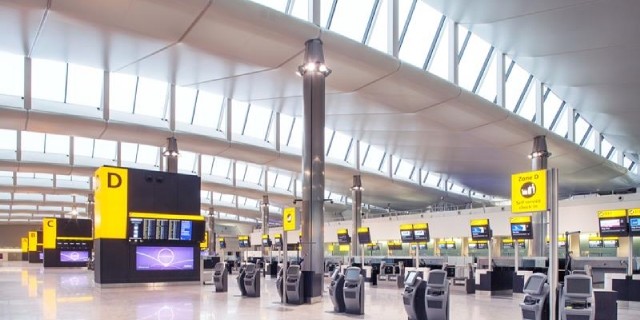 From an LED lighting system and energy-efficient photovoltaic solar panels, to self check-in computers and a sophisticated new baggage management system, technology is at the heart of the new terminal on many levels - and as BBC News reports, it can even be found in some slightly unexpected places.

Terminal 2 includes 'smart' toilets and urinals that anonymously monitor the number of people that have used them, before sending an alert to cleaning or maintenance crews to request their attendance. In addition to being able to alert staff that it is time for cleaning, the sensor may also inform them that a particular unit has not been used for some time, which could indicate a problem that requires more than just a cleaner. The system can also assess how long it takes for staff to attend once alerted. 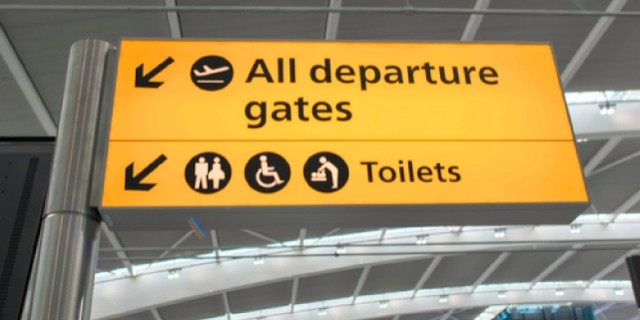 The smart toilets use sensors developed by Italian firm EuroTech, using technology created by Intel. EuroTech has plenty of experience in this field, having previously developed a cloud-based platform [pdf] for onboard train toilet monitoring for the UK's TBM Rail Group.

Karen Lomas, director of smart cities and buildings for Intel, said that the installation of smart toilets at London Heathrow is a good example of "Internet of Things technology [being] used to improve decision-making and customer service."

Source: BBC News | images 1/2 via Heathrow Airports Limited; departure gates sign image via Shutterstock
This article was updated after publishing to correct the day on which the Terminal 2 - The Queen's Terminal opened.