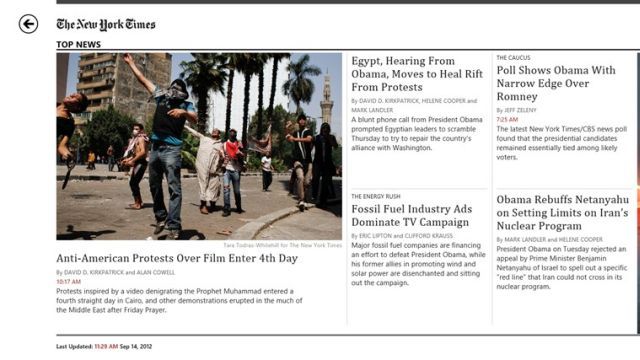 If you have a Windows 8 or Windows RT device, you shouldn't have much of an excuse in keeping up with the latest news. This week, on the eve of the launch of Windows 8, a large number of major news organizations have had their Windows 8 apps launched via the Windows Store.

TV news organizations are also popping up in the Windows Store this week. You can now download free apps from ABC News, Fox News and Fox Business for Windows 8. All three apps have free text and video articles from each network.

ABC has also added two more non-news Windows 8 apps to the Windows Store. The ABC Family app has information and video from the cable TV network and the ABC Player app gives users access to free full streaming episodes of the network's scripted dramas and comedies.