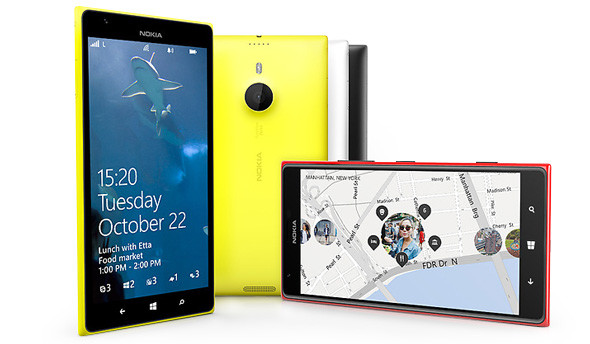 Well it took a long time and a few false alarms but the day is finally upon us: you can now pre-order your brand new Lumia 1520 from AT&T.

The device starts at $199 with 16GB of internal memory and a two year contract. The off-contract version goes for $584.99 and all handsets will ship on November 22nd , confirming earlier rumors. You'll also get a $20 voucher with your purchase which can be redeemed in the Windows Phone Store as well as a free copy of Halo: Spartan Assault.

You can pick up your Lumia 1520 in black, white, yellow and red and while there’s no limited edition cyan version, AT&T will have a 32GB model in the near future.

Just in case you’re not up to speed with the Nokia Lumia branding scheme, the Lumia 1520 is the company’s first “phablet” with a 6-inch 1080p display. Inside you’ll find Qualcomm’s quad-core Snapdragon 800 CPU that running at 2.2 Ghz. You’ll also get a 20-megapixel Pureview camera that simultaneously shoots 16 and 5 Mpx images.

So, now that the device is finally available are you getting one? Or are you waiting Nokia’s full-fledged tablet, the Lumia 2520?

Update: Looks like the Microsoft Store wasn't far behind on this one and they too have the Lumia 1520 available for pre-order. If you choose to purchase from Microsoft you'll also receive a free copy of Halo: Spartan Assault, a 70$ voucher for the Store and a free flip cover worth $40. All in all this seems like a great deal and it gives consumer more choices.