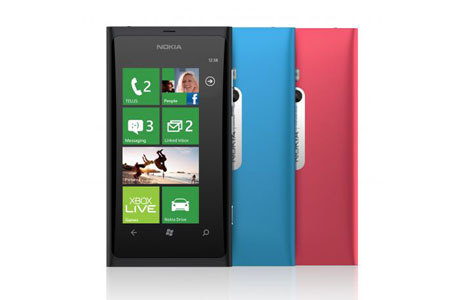 When the Nokia Lumia 800 was first launched in November, many of its owners complained that the smartphone didn't have as long of a battery life as they would have liked. Nokia quickly released a software update for the phone in December designed to solve some of these battery issues. The company released a second software update in January.

Today Nokia announced it has released yet another software update for the Lumia 800. In a post on the company's official website, Nokia said that the update (version number 1600.2487.8107.12070) would begin to filter out to owners of the Windows Phone-based device over the next few weeks, depending on what country and wireless carrier is involved.

Nokia claims that this third update for the Lumia 800 greatly increases battery life for the smartphone. It states:

We put the software through rigorous tests, and what came out was an update that shows significant improvements in battery life, whether it’s for talk time in 3G networks, browsing over WiFi, music playback, or simply, the overall usage time. Our internal testing also showed that for smartphones with similar battery capacities (the Lumia 800 sports a 1450mAh battery), the Lumia 800 was now among the top performers in battery life for the key measures that we concentrated on.

The update also adds some improvements to the Nokia 800's audio features, specifically with base sounds. Finally, the new software update allows the smartphone's soft keys to illuminate at all of the phone's brightness settings.