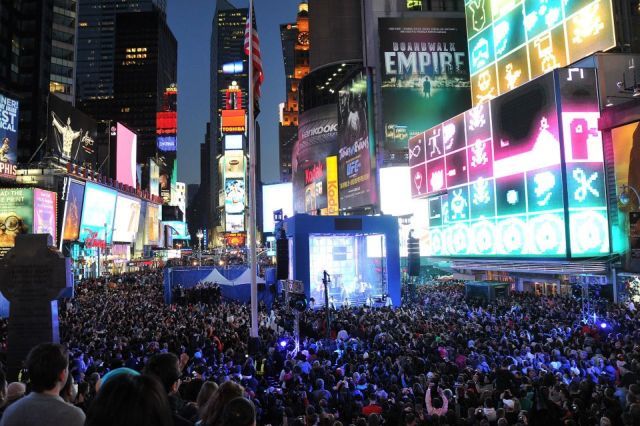 As promised earlier this week, Nokia held a big outdoor launch event in New York City's Times Square Friday night to promote the upcoming launch of the Lumia 900 smartphone. The company promised a surprise performer for the event and Nokia delivery when the pop singer Nicki Minaj came on stage.

Nokia's press release stated that Minaj performed a medley of her hits while being surrounded by screens placed on a nearby building. The screens, according to Nokia, used "cutting-edge CGI technology with 60ft waves appearing to cascade down the building." Nokia says that the event was filmed and will be shown later as part of an upcoming music video from Minaj. 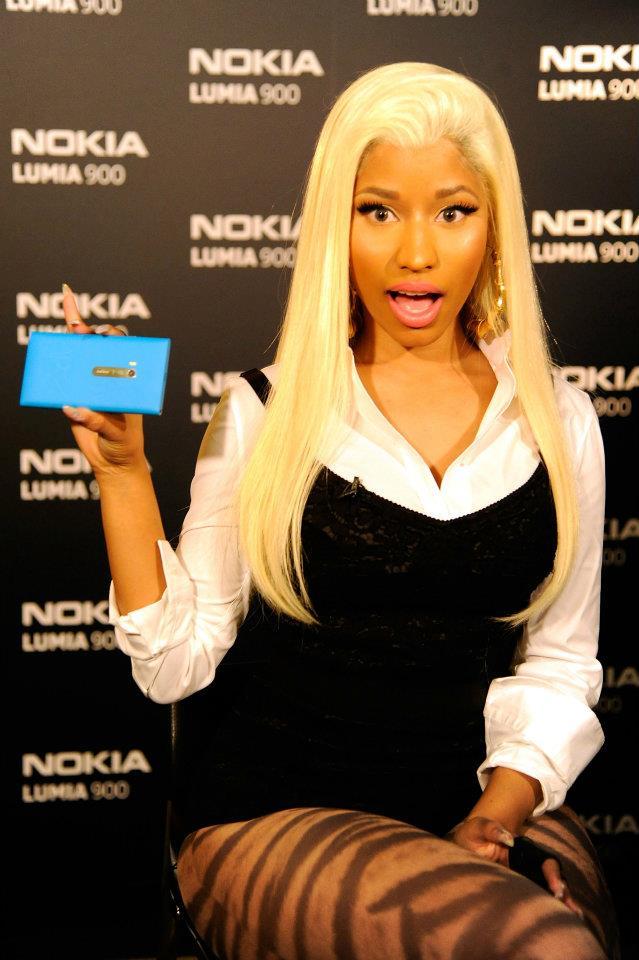 While Minaj may be holding a Lumia 900 in the photo below, The Verge reports that she was posting Twitter messages about the event on her Blackberry. You might think that Nokia would have given her a few pointers on how to use the Windows Phone-based device.

In any case, it remains to be seen if this kind of huge (and likely very expensive) publicity event will be enough to sway some people to get a Lumia 900 when it goes on sale Sunday at AT&T stores.