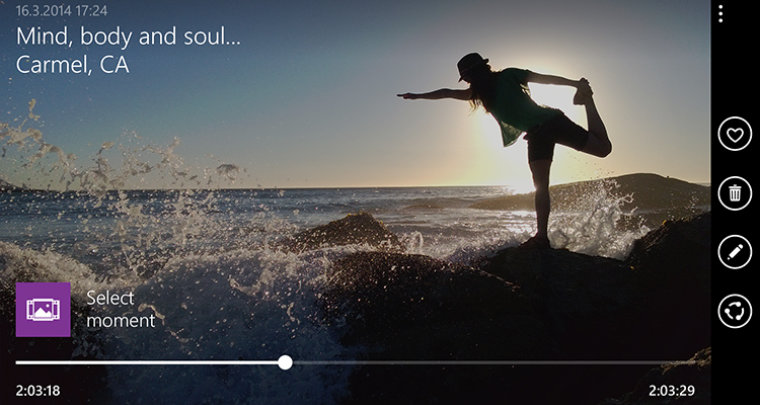 A new preview version of the Lumia Camera app is available for select devices and users can try it right now.

The Lumia Camera Beta offers access to advanced camera functionality and to the most recent features available on Lumia devices. The new version of the app stands at version 5.21.0.0, whereas the stable release, available on all phones running Denim, is version 5.0.2.49. Unfortunately, there’s no changelog available and there aren’t any new features apparent at first glance. The app does seem a bit faster, but maybe that’s just placebo.

In either case Lumia Camera Beta will likely serve as a test platform for the future. With Lumia Camera coming as part of Windows 10, there’s little doubt that Microsoft will want to further develop and improve the app with new features.

Right now the Lumia Camera Beta app is only available on the Lumia 930, Icon, 1520, 640 and 640 XL. The app also requires the Lumia Denim firmware, and is available for free.