Nectar is a massive shopping loyalty rewards program in the UK, which allows users to collect or spend points on purchases made at many of the country's biggest and most popular brands, including Currys PC World, easyJet, Apple Store, Microsoft, Virgin Trains, eBay, Sainsbury's, BT, GAME, and over 500 other online stores.

Over 19 million people across the UK - that's roughly 30% of its population - have a Nectar card, but it seems that not enough of them also own a Windows Phone. As a result, the company has confirmed that its app for Microsoft's mobile OS has now been withdrawn. 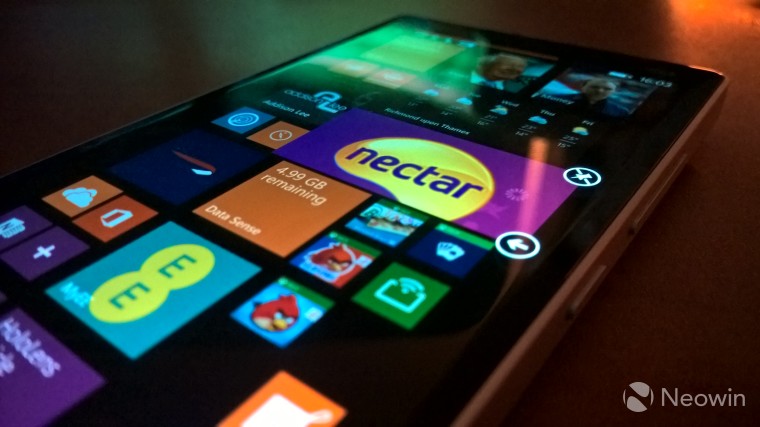 In a response today to an enquiry on Twitter regarding the availability of the app - from a user who was trying to reinstall it after resetting his Lumia 1520 - Nectar said that the app is no longer available, and not just for Windows Phone. The Nectar app for Windows 8.1 has also now been removed from the Store.

@Zarniw0Op Hi Philip, due to the lack of users of our App on Windows products we're no longer providing an App...

@Zarniw0Op we're concentrating on the more popular platforms. Thanks ^AS

Nectar specifically cited "the lack of users" of the app as the reason for its withdrawal, adding that it is now focusing its efforts "on the more popular platforms". But it's not the only big name to bin its Windows apps in recent months.

Chase Bank and Bank of America both pulled their Windows Phone apps earlier this year, and popular flight search app Skyscanner withdrew its app from the Store in the US last month.