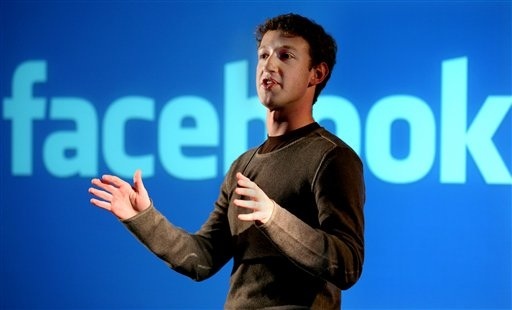 A Pakistani lawyer has filed a "First Information Report" alleging that Facebook creator Mark Zuckerberg is responsible for the distribution of blasphemous Islamic content.

A "Draw Muhammad" contest started by a Facebook user resulted in a Pakastani ban of the service which was subsequently lifted on May 31, 2010 after the removal of the offensive content. Initially a ban on just the offensive pages was in place, but it was determined that the entire service was in contravention of Pakistani law.

Under Pakistan's penal code, "use of derogatory remark etc, in respect of the Holy Prophet, whoever by words, either spoken or written, or by visible representation, or by any imputation, innuendo, or insinuation, directly or indirectly, defiles the sacred name of the Holy Prophet Muhammad (Peace Be Upon Him) shall be punished with death, or imprisonment for life, and shall also be liable for fine." Lawyer Muhammad Azhar Siddique has convinced a Pakistani District Court judge to instigate police investigation into the infraction.

The activist lawyer originally filed a writ against the Government of Pakistan, insinuating that it had failed to initiate the proceedings itself. The Pakistani government then proceeded to launch its criminal investigation.

No charges have been filed, but with the filing of the FIR a prima facie (Latin: at first sight) case is being constructed that may lead to an absentee prosecution, making Mark Zuckerberg a wanted felon. This seems to be what the activist-lawyer is attempting to achieve, including to his assumed delight, that the Pakistani UN representative has requested permission to bring the issue to the United Nations General Assembly. Azhar Siddique is also optimistically in contact with Interpol in an attempt to attain their assistance in apprehending this "criminal."

Zuckerberg is not the only possible defendant in the case. Other individuals mentioned in the report include "co-conspirators" Dustin Moskovitz and Chris Hughes, and the German woman known as "Andy" who initiated the contest. Although not the creators of the content, the case is targeted at all of the Facebook trio. "Insinuated blasphemy" is serious business.

The contest stemmed from a South Park episode that was censored by Cartoon Network after threats of violence. The episode depicts Muhammad in a bear suit and his name is censored with a "bleep."

It seems like Facebook just can't catch a break. Recently many prominent leaders in the technology and web field have come under fire for actions, statements and beliefs not necessarily linked to their position. Mark Zuckerberg has been criticized for his personal views on privacy, and Steve Jobs on his "vision" of media distribution. As individuals in the eye of the public should their assets be held accountable for their personal beliefs, or should separation be maintained between their personal views and those of the companies they represent? Standards for those in the public eye have always been different than for those that lead private lives, and this now includes the world of business and technology.