EA was already providing gamers who buy medal of Honor Limited Edition a great deal, and now it appears that deal is about to get much more sweeter. 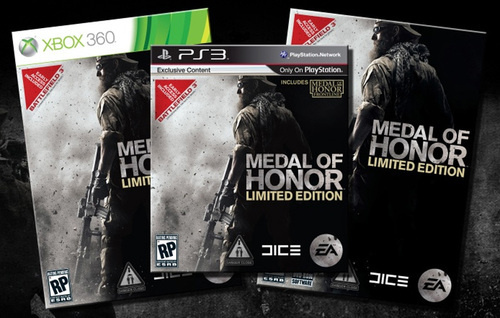 We have gone quite some time without solid evidence confirming the existence of Battlefield 3. It was first mentioned back in June of 2009 by John Pleasants, EA COO. After that, we haven’t heard even a whisper about the game (until now). We no longer have to wonder whether not this game exists. This news officially confirms that the game is in development and set to hit beta stage in 2011.

What we don’t know is when in 2011 the beta will occur. What we do know is that the Limited Edition of Medal of Honor will go on sale on October 12, 2010 for an MSRP of $59.99 in the United States. It will be released for the Playstation 3, Xbox 360, and PC platforms. One other possible benefit of this news is that it could drastically increase the sales numbers for the Limited Edition of the game.