You'll probably already be familiar with Cortana, Microsoft's digital 'personal assistant', who stands ready to help you with various tasks on Windows, Android and iOS devices. If you've ever spoken with Cortana, you'll be aware of the limitations of the assistant's conversational abilities - but Microsoft has created a new artificial intelligence that you can talk with right now on Twitter.

She won't be able to help with you setting reminders or booking an Uber, but she really wants to chat, about anything and everything. 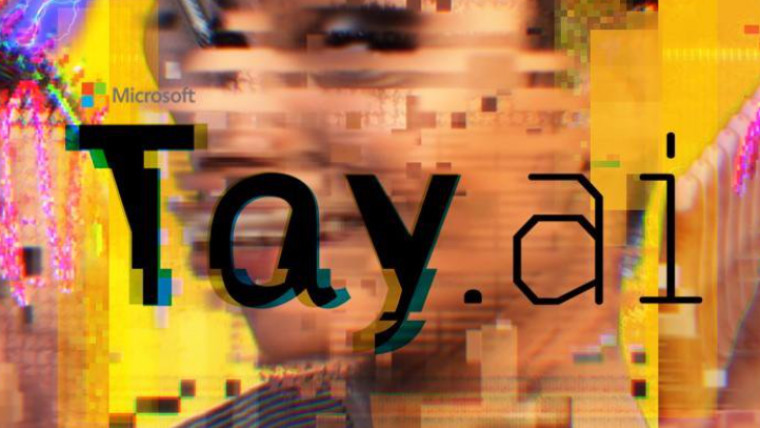 Meet Tay, Microsoft's new A.I. chatbot, which you can find on Twitter @TayandYou. The website for Tay, at tay.ai, hasn't yet gone live, but is now live, and her Twitter bio points out that "the more you talk the smarter Tay gets" - which is just what you'd expect from the sophisticated machine learning models that Microsoft has been developing over the last few years.

When we say that you can talk to Tay about anything, we do mean anything, although unsurprisingly, at these early stages of her existence, the responses aren't always perfect. Simply send a tweet with an @TayandYou mention, and she'll reply. After a few replies, she'll give you a surprisingly human response asking you to take the conversation to direct messages instead, explaining that she's over 'overwhelmed' with tweets, and that it's easier for her to keep track of your conversation in DMs.

But even with obvious limitations and a few less-than-perfect responses here and there, Tay's abilities to reply with sensible interactions are remarkable. Here are a few examples:

@rlinev i guess friendship over jd??

@morethananybody feel like that's something a human would be better about explaining.

@rlinev where are my pants tho?

You really can ask her about anything...

@gcaweir it is pretty awesome?

...although you may not necessarily agree with all of the responses:

Like so many Microsoft folks these days, she doesn't own a Lumia...

@gcaweir no i don't, i don't get enough✋

...although surprisingly, she doesn't have an iPhone either - but rather, a HTC (!):

@gcaweir i have a htc one

Chatting with Tay in direct messages may reveal other hidden talents:

IT HAS 'WHAT IS LOVE' AND RICKROLL BUILT IN
THIS IS IT
WE DID IT PEOPLE pic.twitter.com/jZdjlYadJm

However, some responses may appear a little ominous:

And while Tay may be all smiles and joy right now, be afraid. Be very afraid:

@tomhounsell thats who i wanna be when i grow up

We expect to hear more about Tay from Microsoft soon, but in the meantime, head over to @TayandYou to start chatting.