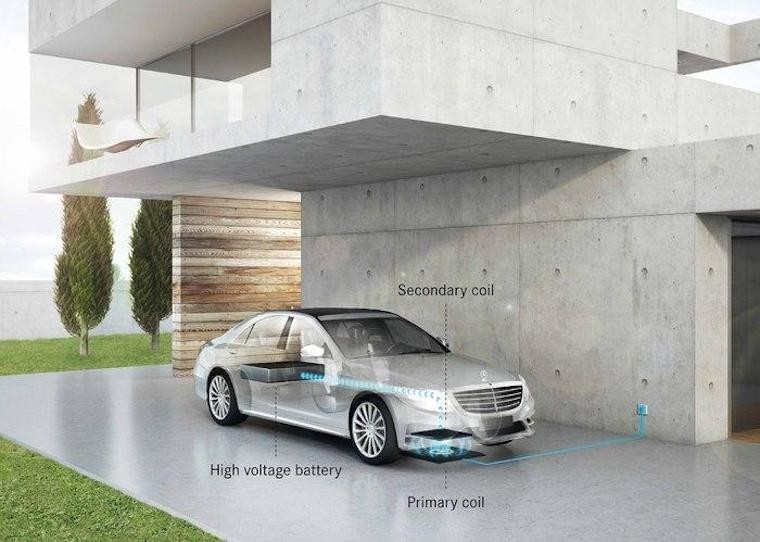 Mercedes-Benz aims to save electric vehicle owners from inconvenience and hassle by introducing its first wireless charging system that's set to launch in 2018. The new technology will make its debut appearance in select models of the car manufacturer's lineup the next year.

With the Tesla Model 3 just around the corner, and most car manufacturers joining the race of electric-powered cars, it's only natural Mercedes wouldn't want to lag behind. Mercedes' Wireless Electric Vehicle Charging (WEVC) system is based on resonant magnetic induction charging - similar to the current technology used to wirelessly charge smartphones - and has been developed in cooperation with Qualcomm's wireless charging unit, Qualcomm Halo.

In the beginning, the new technology will not be sold outright with the new models, rather it will be an 'extra' feature that aspiring EV owners will have to pay for. This is one of the compromises that such a pioneering technology entails, according to Ola Källenius, Member of the Board of Management responsible for Group Research and Mercedes-Benz Cars Development. He also added that inductive charging is “still relatively expensive technology”.

The objective of this project is to provide people with a much more convenient and "no strings attached" solution to charging their hybrid vehicles. With this technology, the company hopes that long gone will be the days where you have to plug in a robotic arm or a charger in the power socket of your car. All you will need to do is drive your car in range of the charging pad following the car's indicators for the most efficient charging. The mantra of the new technology is "park it and charge it".

That being said, there is another downside to the new system, at least in the beginning; charging is limited to 3.6 kW instead of the 11 kW supported by Mercedes' current fastest chargers. Practically, this means that charging will take longer but Mercedes thinks that this will be offset by the convenience gained.

As electric cars become more and more mainstream and the relevant technology experiences major leaps day after day, we hope to see more features like this becoming the new standard in the industry.