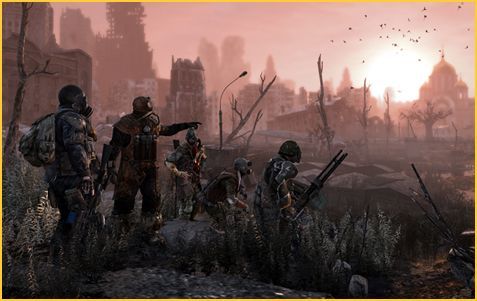 Metro: Last Light, the Moscow-based post-apocalyptic first person shooter sequel to Metro 2033, was shown off at E3 back in June by developer 4A Games and publisher THQ. While the demo was of the game's single player campaign, THQ announced it would also have a multiplayer mode when it was released.

Throughout the development of Metro: Last light a small, dedicated team had been working on a number of multiplayer prototypes. After E3, we decided to fold this multiplayer team back into the main group and focus 100% of the studio’s resources on the single player campaign. As a result, Metro: Last Light will not ship with a multiplayer component.

The post adds that there is still the possibly that multiplayer could be released as a DLC add-on pack. For that reason, the team is keeping what they worked on a secret for now. It added, "In hindsight, it was probably a mistake to announce it when we did, but we’re an enthusiastic team and wanted to be open about what we were making!"

Metro: Last Light is still due for release sometime in early 2013.